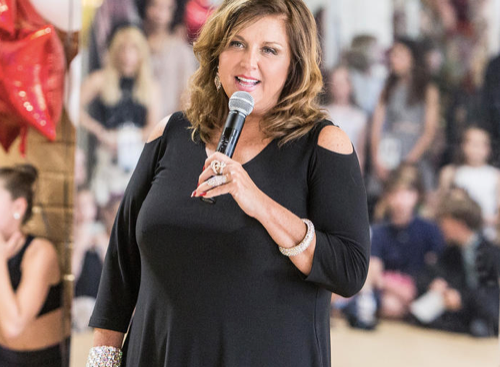 Tonight on Lifetime Dance Mom Special Episode returns with an all-new Tuesday, July 25, 2017, “Abby Tells All Exclusive,” and we have your Dance Moms recap below. On tonight’s Dance Moms special episode as per the Lifetime synopsis, “Spotlighting Abby’s final days of freedom, as well as an exclusive sit-down interview with Jedediah Bila. The emotionally-charged special highlights Abby’s past and her deepest fears for the future, as she faces the harsh reality of going to prison. ”

Abby sits down for an exclusive interview before she heads to prison for 366 days. Jedediah Bila interviews Abby. She sits down looking relaxed, but says that she is a good actress. She doesn’t want to spend her last 2 weeks of freedom crying and being miserable. She wants to have the best possible time.

Bila asks her why she didn’t disclose several bank accounts with hidden income. Abby shares that she told her lawyers and was never told it was bad. Her only mistake was trusting other people with her money. Abby shares her court experience and her conviction. It was upsetting to see some of the mothers there from Dance Moms, looking happy over Abby’s conviction. Her friends were upset about this. Abby was afraid a fight was going to break out in the back of the court.

Abby never uses the word “can’t” but shares that she can’t prepare for prison. There isn’t a way. She is scared but doesn’t want to scare what she fears because others will use that weakness against her. She is terrified of physical abuse. She hopes jail won’t be as bad as she imagined. If it is that bad she won’t survive.

Just three months before receiving her prison sentence Abby underwent surgery on her stomach to have 80% of it removed for weight loss purposes. A week before she has to go to prison she meets with her doctor to share that she has not been dieting because she wants to eat what she will miss out on in prison. He tells her it is OK. She is worried about anything in prison. She doesn’t know what to do. He asks her to step on the scale. The good news she’s continuing to lose weight, she has lost 30 pounds! He reassures her that he isn’t going anywhere and they will continue to work together.

She is really trying to go vegan. She talks about her father being tough on her but her mother was not. Her father was a fighter much like himself he grew up during the era of the great depression. Her mother taught her children to love to dance. Her father took her everywhere to clarinet lessons, the orthodontist, to puberty classes because her mother was at the studio. Her mother was surprised when she first said she wanted to compete in dance competitions. After winning her first trophy she knew what she wanted to do with the rest of her life. At 22 years old she opened her first dance studio with the help of her father who did all of her bills.

She was never given a checkbook and taught to balance at the end of the month she never really respected money. She wishes she had a business mentor or a husband to step in. She thinks that her parents always thought she would get married and that her husband will take care of her.

She does not have a large circle or support system. She has recently been photographed with several handsome miles but has it not big knowledge the relationship with any of them. Her parents have also passed away. She had a special bond with her dancer Maddie. To Abby, Maddie was smart and could hear rhythms naturally. Abby shares that she has not spoken to Mary At or her mother. They never had a falling or words. She is disappointed that she doesn’t speak to Maddie anymore since her career has soared. In her eyes she raised Maddie. She hopes that that he doesn’t forget the good times. Abby’s mother was the closest thing Maddie had to a grandmother. Maddie’s mother Melissa was also close to Abby’s mother.

Abby shares that she does not want kids – it’s way too late now. The closest thing she had to each child was her dog Broadway baby. She had a dog stuffed. She missed out on the death of her dog because she was with other people’s kids.

She filed bankruptcy with her studio back in 2010. She knows where the money went. The economy was bad. Kids weren’t taking lessons. Things picked up for her when she started Dance Moms. In 2013, news of an FBI investigation made headlines. They destroyed her business and her reputation. It’s humiliating. Today, her old studio is rental property.

Her LA based studio is all she has left. She continues to teach so that she can save her studio. She has also been competing before she heads off to prison. Her former studio, Gianna, will run her studio while she is in jail. She doesn’t know what will happen when she is in there. Gianna could get married, have a child. Who knows? What scares her the most is coming out of prison and having nothing?

This is the 1st time that she has spoken at length about being accused of hiding money. Abby says that she explained to the court, the judge, attorney that people pay her with checks. You cannot bounce checks in bankruptcy. She did not lie. She had permission to open multiple accounts. She got in trouble when she opened a bank account in LA where she was running her spin off show. She never tried to connive or lie about her finances. She never made money as a cut throat financier. She is a cut throat dance teacher who made ill-informed mistakes.

With less than a week to go before going to prison, she is really upset about her reputation. She Is not this horrible evil person. She made mistakes, she was stupid. She thought she was paying everyone back so it was ok to ignore the rules. And now she is going to jail.

She meets with a prison consultant. She tells Abby she has to strip searched when she goes in. She is fingerprinted, mug shot taken and she has to wear an Id at all times as well as her prison clothes. Abby is worried that the clothes won’t fit. The consultant tells her to watch out for the nice woman and the mean ones. She won’t be raped and will not fight anyone as long as she is responsible. Some guards can be demeaning. But she needs to follow the rules and blend in. Abby cannot do business from jail. She needs to take the journey, accept her wrong doing. Abby thanks her for her time.