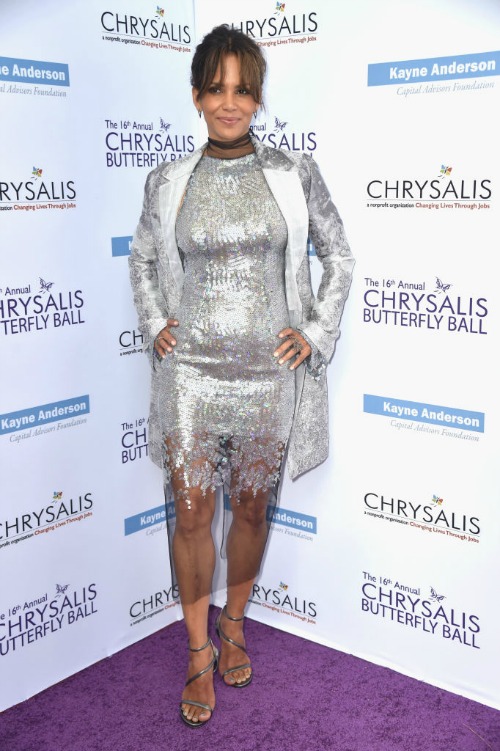 Halle Berry has sparked pregnancy rumors and reports by showing off what looks like a baby bump with her tummy sticking out on the red carpet at the Chrysalis Butterfly Ball on Saturday, June 3. The actress wore a silver dress and jacket with her hands placed firmly on top of what looked like a pregnant belly. In fact, a lot of eyewitnesses said that Halle even looked like she was purposely cradling her midsection in front of the photographers.

Reports say that either Halle Berry has something she’s trying to tell her fans, like she’s pegnant, or that she might have had a huge dinner before attending the ball on Saturday night. Whatever the case, she managed to get the media talking about her mysterious baby bump and much fuller figure. Halle was apparently doing her best to show off her new curves from every angle.

Of course, there’s a very good chance that Halle Berry might just be trolling fans. By placing her hands near her midsection, Halle made it look like she was trying to show off a pregnancy. Plus, the Hollywood actress is 50-years-old. A lot of fans would be rather shocked if not concerned to see her pregnant at her age. 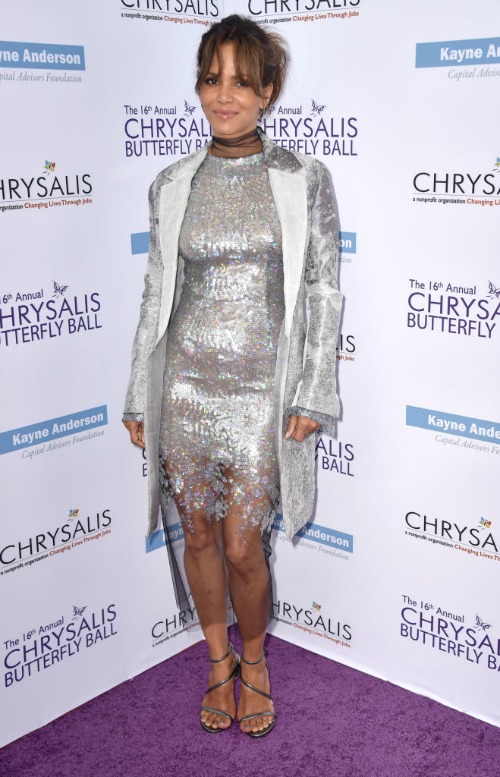 If that weren’t enough, she’s also reportedly single and not dating anyone right now. Halle Berry finalized her divorce from her ex-husband, French actor Olivier Martinez in December of 2016 and since then hasn’t been linked to anyone else.

Instead, Halle has been focusing on motherhood with her 9-year-old daughter Nahla, who she shares with her ex, Gabriel Aubry and her 3-year-old son Maceo, from her relationship with Olivier. Halle even admitted to being in absolute shock when she discovered that she was pregnant with Maceo back in 2014 at the age of 47.

Clearly, Halle has a few things to clear up but as of right now, she’s most likely enjoying all the attention that she’s getting for her red carpet photos. If her one intention was to make headlines, it certainly did work.

So far Halle Berry herself has not made any comments about the baby bump speculation. Yet her rep has denied the pregnancy reports. Of course, Halle is the only person who knows what the real truth is. This isn’t the first time we’ve seen an actress spark baby bump reports by strategically placing her hands around her stomach. In the meantime, don’t forget to check back with CDL for all the latest news and updates on Halle Berry right here!