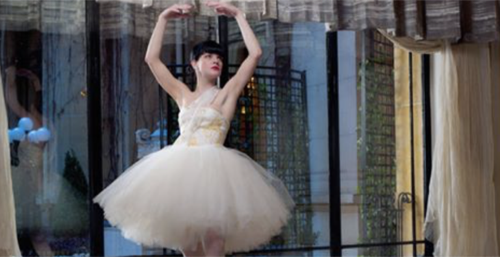 Tonight on CBS NCIS returns with an all-new Tuesday, October 31, 2017, season 15 episode 6 called, “Trapped” and we have your weekly NCIS recap below. On tonight’s NCIS season 15 episode 6, as per the CBS synopsis, “A petty officer is found murdered on a golf course, and McGee spends hours on the victim’s ham radio trying to locate a key witness. Meanwhile, Palmer asks his co-workers to donate to a charity that builds playgrounds for kids of all abilities, and Torres surprises them with his generosity.”

Petty Officer Jake Miller was found dead at a golf course. He worked there as a groundskeeper and mostly kept to himself, however, the evidence at the scene indicated that his death wasn’t an accident and that someone purposely tried to hide him underneath the groundskeeper’s truck. But that wasn’t everything! There had also been a large blood stain on Miller’s shirt and it hadn’t been his. So there was a chance the blood was either from a second victim or better yet their culprit. And so NCIS had to find out who the money belonged to as well as why their victim had been targeted.

Palmer later found evidence that Miller’s neck had been snapped and not by the machine or by the blooded rake they had found nearby. But Miller had a routine and had made sure he was always on the course by four in the morning. So someone must have studied him and thought it was best to get to Miller before even the dewsweepers. The “dewsweepers” were the early morning golfers and they had been the ones to find to Miller yet the body had been cold by then and Palmer estimated Miller’s time of death to be between four and seven that morning.

But other than his death, Miller had checked out on paper. He lived alone and had a bunch of dogs, but luckily his dogwalker had agreed to later take them while every. So things didn’t start sticking out until NCIS dug a little deeper. They found out he had been frequent calls to a landscaping company and that the owner of said company hadn’t wanted to answer any questions. She had first denied knowing about the calls and had then jumped on the reasoning that it could have been about work, but only after NCIS mentioned it first.

The owner said she was under a lot of stress and she looked it. She was taking several calls from her employees and she also seemed to be doing it all on her own. But Bishop and Reeves had put a stop to their questioning because they got a call about the suspect’s car. The car had been seen living the course at the right time and it had been abandoned at a cheap strip mall through the local police had left it not long after they found it because of a stolen shopping. So the car had been gone by time NCIS arrived at the strip mall.

The sheriff had later told them that it had been there at least twenty minutes. But both Bishop and Reeves had been irritated while Gibbs had been the only one that saw what he could mean. He had looked around at the strip mall and had noticed that it didn’t have any security cameras however it did have a veterinarian’s office and so Gibbs knew where a bleeding man might go for help. Gibbs went to the vet’s office and had barely flashed his badge when Dr. Cho started to freak out. The vet had wanted them out of his office as fast as possible and hadn’t wanted them to go digging through the trash. So Bishop kept looking because she knew it held something if not what.

So it turns out that she had found bloody rags in the trash and that it hadn’t been Dr. Cho’s first time with illegally treating a human patient. He had gotten his license suspended once before because the board had found out he took cash for “helping” me out. But Dr. Cho said that he had given up on doing that until the guy they were looking for had threatened his life. He said that he was going to kill him and so Dr. Cho gave him some stitches, but he wasn’t very good at providing a sketch and had otherwise been of no value.

The suspect had worn gloves when he visited Dr. Cho and that told Jack that whatever happened at that golf course hadn’t been an accident. She said they were looking for someone for that planned his every step and that he had gone there that day fully intending to kill Miller. But Jack still didn’t know why and so she looked into Miller. Miller had been somewhat invisible throughout his life and the only place he felt comfortable was on the radio. He had owned several ham radios and had made his friends that way yet it looked like he was personally close to “Ricochet”.

“Ricochet” hadn’t wanted to give his real name to McGee and had refused to answer any of McGee’s calls. But Jack said that people picked their names on the radio by playing off their actual names. So McGee ran “Ricochet” through the system and ended finding Richard. Richard was a bit of a nut and probably had way too many surveillance cameras though what he also had was a dog Benji that used to jump on Miller as much as he formerly jumped on McGee when they met earlier because both Richard and Miller shared the same dog walker.

But the dog hadn’t jumped on McGee when the two met up again and that bugged him. He asked Richard what type of dog Benji and Richard said that he adopted Benji after he retired from TSA. So McGee borrowed the dog and he took him to the golf course because he figured out why cocaine had been found on Miller everywhere except his system. Miller hadn’t been doing drugs and he hadn’t been selling it. He was just accidentally working in it and so that’s when he realized Southeast Sand Turf wasn’t what it appeared.

They had given him the wrong bag of sand and had killed him before he could report it. But checking the company’s records against sketch, they found Ramon Moncada right before he left the country. He had been trying to flee to Mexico and so they got to give them a few details, but his boss at the company had provided with the rest. They had been smuggling cocaine across the border and selling it for a cartel down there. So they would have still been in business if Miller hadn’t gotten the wrong bag of sand.