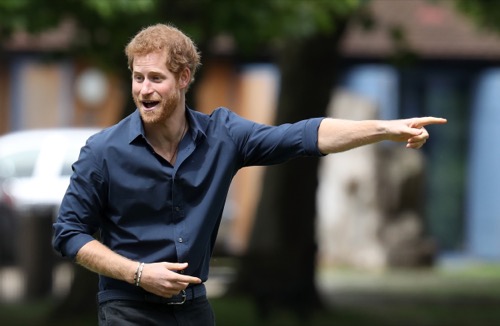 Prince Harry is apparently regretting a huge sacrifice he made for his brother, Prince William and his sister-in-law, Kate Middleton. New reports indicate that Harry hates the fact that he gave Princess Diana’s sapphire and diamond engagement ring to William so he could propose to Kate back in 2010.

After Princess Diana died in 1997, many of her personal items were stored for historical purposes but several were left for her two sons, Prince William and Prince Harry, to keep. That’s when Harry chose her ring. One source close to the situation tells Britain’s Daily Star, “After Diana died, the boys both chose a keepsake from Kensington Palace when they moved to Charles’ rooms in St James’s Palace. William picked his mum’s Cartier watch, and Harry picked her sapphire and diamond engagement ring. They had an agreement that whoever got engaged first would have Diana’s ring, and of course that was William and Kate.”

And now that Harry is in a serious relationship with actress Meghan Markle, it’s no surprise that he’s regretting his decision. Sure, the Duke and Duchess of Cambridge might have been first to have gotten engaged and married, but that doesn’t mean Meghan is any less special. 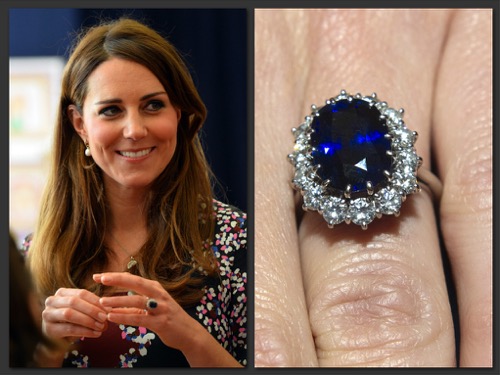 For Harry, he’s finally found the love of his life after years of searching for the perfect woman. For Harry, it would have been very special for him to give Meghan his mother’s sapphire and diamond ring. But that’s simply not going to happen. Kate Middleton has had the ring ever since William proposed and there’s no way that she’s going to part with it.

Of course, Prince Harry is yet to make any comments about the situation. What’s more, he’s yet to even propose to Meghan Markle. Even though they’ve been together for well over a year now, many royal observers had figured that Harry would have at least asked Meghan to marry him by now. But that hasn’t happened. At this rate, it might take Prince Harry another several months before he makes up his mind.

Then again, the only person who really knows what is going on behind closed doors is Prince Harry himself. Sooner or later fans will find out what his future plans are and if Meghan is included in them.

In the meantime, don’t forget to check back with CDL for all the latest news and updates on Prince Harry and Meghan Markle along with the entire royal family right here!   Sign up for our Free newsletter by clicking here and get the latest breaking new on The Royals!