The Bold and the Beautiful Spoilers: Murder Plot Brewing on B&B – Check Out the Top 5 Potential Victims 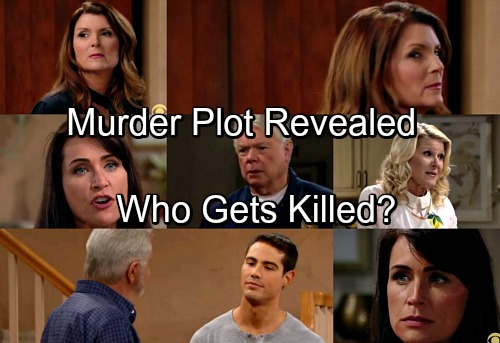 The Bold and the Beautiful (B&B) spoilers tease that Sheila (Kimberlin Brown) will grow increasingly desperate. She intends on becoming Eric’s (John McCook) wife and she won’t let anyone hinder her mission. If someone tries to stop Sheila, he or she could land at the top of her hit list.

A death might be a great way to rev up the drama on The Bold and the Beautiful. Will Sheila stoop that low? We certainly wouldn’t be surprised. Here are five potential victims and the reasons why they might bite the dust.

Mateo (Francisco San Martin) is the perhaps the most obvious death candidate. This is only supposed to be a brief stint, so how will it all wrap up? Let’s say Mateo fails or even threatens to expose Sheila’s plot out of guilt. There’s a good chance he’ll find himself facing Sheila’s deadly wrath!

Charlie (Dick Christie) definitely isn’t a big fan of Sheila’s strategies. He’s been reluctant to go along with her twisted schemes, so he could decide enough is enough. Like Mateo, Charlie’s life could be at stake if he screws up Sheila’s reunion plan. She wouldn’t hesitate to pump a bullet in Charlie or find another tactic to cut his life short.

Sheila will also try to get Pam (Alley Mills) on her side. If that doesn’t pan out and Pam fights against her, danger could be brewing. No one is off limits as far as Sheila’s concerned! 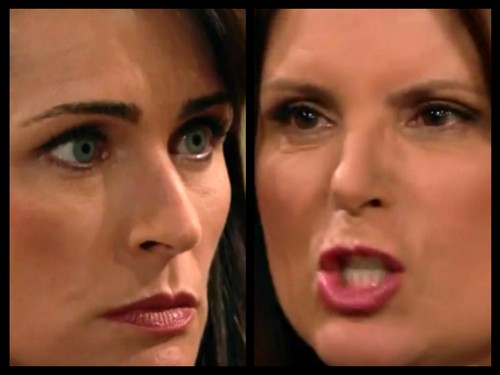 The Bold and the Beautiful spoilers hint that Sheila and Quinn’s (Rena Sofer) battle will rage on in the coming months. If Sheila can’t break up Quinn and Eric’s marriage, murder could be a last resort. It’s messier than Sheila would like, but she’d undoubtedly do it to make Eric her man. It’d be a real shocker if the show let Quinn fade away, but we can’t rule anything out just yet.

B&B fans know that sinister plots don’t always end well for those who put them in motion. If things go horribly wrong, Sheila could be the one who dies. Will Quinn or someone else kill Sheila during an epic showdown? When Sheila’s year-long stint comes to a close, a ghastly demise would be the most exciting exit.

Do you think a death is looming on B&B? Should the show throw in a murder to rock the Forresters and friends? We’ll give you updates as other news comes in. Stay tuned to the CBS soap and don’t forget to check CDL often for the latest Bold and the Beautiful spoilers, updates and news.