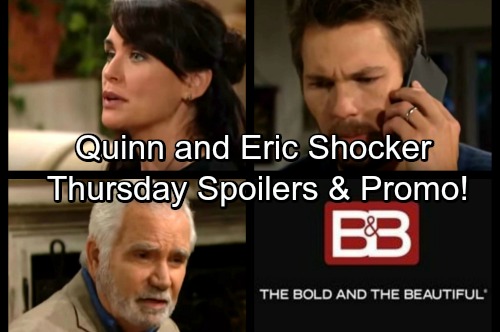 The Bold and the Beautiful (B&B) spoilers for Thursday, November 16, tease that Bill’s (Don Diamont) confession will pull Steffy (Jacqueline MacInnes Wood) closer to him. He just declared that he’s always loved Steffy and he always will. Wait a minute! What about when Brooke (Katherine Kelly Lang) “awoke” something in Bill and he insisted she was the only one he wanted?

The stallion can be awfully fickle, but B&B just has to go with what works for the story. The Bold and the Beautiful spoilers say Steffy will be drawn in by Bill’s total adoration. After everything that’s been going on with Liam (Scott Clifton), Steffy will enjoy being appreciated. 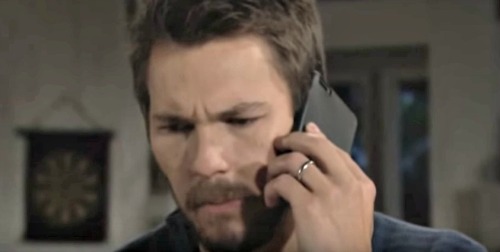 Liam’s interest in Sally (Courtney Hope) is making Steffy feel like she’s not enough, but Bill believes she’s everything a man could want and more. Steffy and Bill just won’t be able to fight temptation. They’ll have some sleazy sex and feel pretty rotten about it afterward.

Of course, Bill could have some mixed feelings. He’ll be happy that he finally made love with his dream girl, but he’ll hate that he betrayed his son. Bill and Liam may be at odds right now, but even someone as ruthless as Bill knows this isn’t right.

As for Steffy, she’ll probably feel nothing but excruciating remorse. The Bold and the Beautiful spoilers say Steffy will insist that this never should’ve happened. She’ll suddenly realize that she was way too hard on Liam. His kisses with Sally certainly won’t excuse Steffy’s hookup with Bill.

While Steffy deals with her new mess, Liam will continue to make phone calls. It seems he’ll still be unable to reach Steffy, but he’ll ask someone else to stop by. Carter (Lawrence Saint-Victor) is set to appear in Thursday’s B&B episode. Will Liam ask Carter for a favor as he tries to fix his marriage? 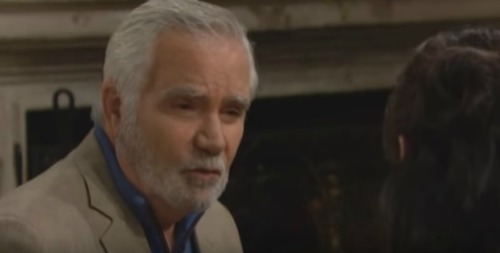 There’s been some buzz floating around about a possible vow renewal. Maybe Liam will beg Steffy for a do-over so they can start fresh. He’ll definitely have something romantic up his sleeve soon. Liam will do whatever he can to get out of the doghouse, but Steffy will dig a hole for herself. Her dark secret will inevitably be exposed down the road.

Elsewhere, Quinn (Rena Sofer) will rant about Sheila (Kimberlin Brown). She’ll suggest that her own terrible past could never compare to Sheila’s twisted history. Eric (John McCook) will agree that Sheila can be nightmare. He’ll promise Quinn that nothing’s going to come between them, but Sheila isn’t giving up.

A shocker in Thursday’s episode will leave Eric and Quinn fearful. They’ll worry that they’re never going to be rid of Sheila and her crazy schemes. We’ll give you updates as other B&B news emerges. Stay tuned to the CBS soap and don’t forget to check CDL often for the latest Bold and the Beautiful spoilers, updates and news.