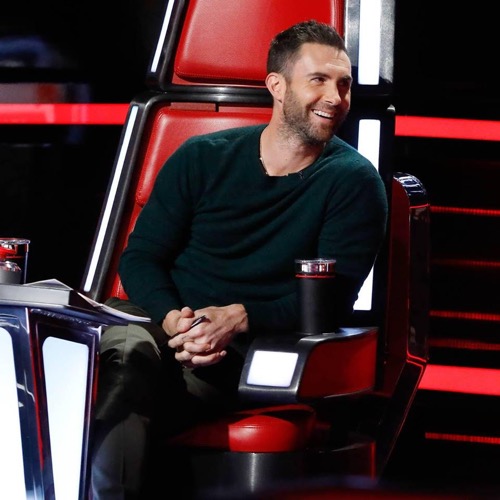 Tonight on NBC’s Emmy Award-winning musical competition The Voice airs with an all-new Tuesday, November 13, 2017, season 13 episode 15 and we have your The Voice recap right below.  On tonight’s The Voice season 13 episode 15, “The Playoffs, Night 1” as per the NBC synopsis, “The remaining artists perform in front of coaches Miley Cyrus, Jennifer Hudson, Adam Levine and Blake Shelton for their chance at a spot in the live shows. Jennifer and Blake reveal their Comeback Artists, and their teams will be cut in half, as they will each select three of their six remaining artists to complete their roster and move on to the final phase of the competition.”

Tonight was the Playoffs. However, the Playoffs were the last chance that the judges had to assemble a perfect team and it was only going to be the next three nights. So the judges were doing everything they could to get that ultimate team and they were given a chance tonight to bring back one eliminated contestant though that didn’t mean they took their eye off their current selection or neglected them. The contestants that have made it thus far have been chosen for a reason and so the first act of the night went to Team Jennifer.

Team Jennifer was represented by Davon Fleming and Jennifer Hudson personally chose his song selection because of the sentimental value it held for her. She chose “I’m Changing” which is an original song of the Dreamgirls Broadway soundtrack and it just so happened to be a song that helped Jennifer to win an Oscar not that long ago. Though Jennifer had hoped that this song would change Davon’s life as much it did hers and, to that point, she got what she hoped for. The song had been a huge hit with both the audience and the judges.

The judges had all believed in Davon because they thought someone as talented as him was going to make it to the finals. But the one complaint that the judges voiced had been the fact he wasn’t on their team. They saw how well Davon tackled the song and gave him props for taking on what many would believe was a woman song because it was traditionally performed by female vocalists. So Team Jennifer took risks and it paid off. And continuing on such great feedback, the next person that went up had been Hannah Mrozak.

Hannah had suffered personal setbacks in her life and so Jennifer picked a song that she thought would Hannah could connect with. She chose “Learn to Let Go” by Kesha and that was something Hannah was struggling with. She needed to learn how to deal with the pain in her life and know that it shouldn’t get in the way of her dreams. Yet, the song had actually tapped into feelings that Hannah was probably unaware of and so she had later gone onstage to give a stellar performance however the song had gotten to be very emotional for her.

There was a point towards the end in which Hannah just looked like she was going to break down in tears. So that could be a benefit or it could be what sends her home, but the next person that represented Team Jennifer had been fighting for his life and he knew it. The next person had been the comeback kid, Lucas Holliday. He had gotten eliminated during the Knockouts and had thought that it was all over until Jennifer surprised by suddenly bringing him back. And so tonight Lucas performed “The Beautiful Ones” by Prince.

Jennifer chose that song for him because she felt he needed something soulful and that would complement his raspy voice. But it wouldn’t have mattered what song she chose. Lucas had come close to elimination and couldn’t risk that again. So he went onstage and gave a truly great performance though on a night such as this both the audience and Lucas himself weren’t sure that was going to be enough. There were great performances by everyone before him and Team Jennifer seemed like they inherited all the talent when Shi’Ann Jones followed up Lucas’s performance with one of her own.

Shi’ Ann had been given the song “Tattooed Heart” by Ariana Grande and it was even considered to be a teen pop song by Jennifer. Though she chose the song for Shi’Ann because she knew that Shi’Ann could do more with it. Shi’Ann has a soulful voice as well and, despite being fifteen, she knew how to hit all those high notes. So Shi’Ann turned what was a kid song into something more mature and the judges loved it. They loved the performance and that Shi’Ann’s few flaws had managed to make the song her own.

Then after Shi’Ann there had been Chris Weaver. Chris had been a fan favorite from almost the beginning because of his performances. There were some that had merely sung a song and then there was Chris that turned a song into actual entertainment. So Jennifer decided to play to his strengths and she gave him “California Soul” by Marlena Shaw because it was a joyful song that could entertain anyone. And it did, but Blake had later confessed to wanting to hear something different from Chris.

Chris always had those loud and upbeat songs. But no one has heard him sing something soft and his own coach had said that Chris still had more work to do. Jennifer said she enjoyed the performance however she still felt that Chris hadn’t taken them on a journey from A to Z yet and so she believed he still had more work to do before he could grow. So Chris’s position hasn’t been as secured as it normally would have and that meant he was leading the pack tonight. Tonight’s first breakout artist had instead been Noah Mac.

Noah had loved the song “In the Air Tonight” and had sort of picked it for himself. However, he also rearranged the song to his liking and had definitely made an impression with Jennifer. Jennifer thought some of the others were talented though she felt and said that Noah had carved out his own path. So the fact Noah had gone up on stage and rocked it – had meant that she had been right about him. Jennifer firmly believed Noah was going to go far and all the judges agreed with her because they said Noah was a finalist.

Therefore, it was a hard decision that Jennifer eventually had to face. She had to pick who would represent her team in the finales and who would have to be eliminated. So Jennifer had had to break her heart because she couldn’t choose everyone. She could just choose the best and so she on Davon as her first pick and her second pick that had come a little easier had naturally been Noah, but her last pick and the person she chose to round out her team had been Shi’Ann. Shi’Ann had the makings of a star and so there you have it!

Team Jennifer was going into the next round with Davon, Noah, and Shi’Ann. But with that team settled up, it then became Team Blake’s turn. The first person that represented Team Blake tonight had been Red Marlow and he was a wonderful performer. He brought in some of the traditional era of country music and it was hard to take your eyes off him because even as he had his eyes close you couldn’t help getting caught up in the song as well. So Blake chose “Chiseled in Stone” by Vern Gosdin for Red and Red had performed it beautifully.

It had people in the audience and on the judges’ panel rocking back and forth to the song. Yet, Red wasn’t the only one that impressed tonight. There had also been Chloe Kohanski who performed “Time After Time” by Cyndi Lauper and she had made the song her own with some minor adjustments. So Chloe came out with a slight country and very definite rocker vibe to the song and the judges had loved her just as much as they loved red. They were people that liked a song and then were fans – so its safe to the judges were a fan of Chloe.

On the other hand, they weren’t necessarily fans of Esera Tuaolo. They liked Esera and the energy he brought to the stage. However, he lacked control. He had been given the Leanne Rimes song “How Do I Live” and he hadn’t performed it to his best. The song challenges the vocalist and it revealed that Esera had a problem with switching a low baritone to hitting those high notes. So everyone had congratulated Esera on the song and they always tried to find the good even as they recognized/mentioned the problems with the vocals.

But while Esera’s performance hadn’t been all that Blake hoped, his comeback artist had at least put a smile on everyone’s face. He chose to invite back Natalie Stovall and he gave our plucky Natalie “Callin Baton Rouge” by Garth Brooks which had made her shine onstage. The song called for great vocals and backdrop music. So, what do you know, Natalie was able to provide both and give an on your feet performance that both the judges and the audience loved. And so everyone had hoped that Blake hadn’t brought Natalie back just to eliminate her again because she was simply that likable.

The ones that didn’t stand out as much were those like Esera and later on Mitchell Lee. Though again, Blake seems to be weeding out those that he was unsure of because he picked a particularly difficult song for Mitchell. Mitchell had been given “Heaven” by Bryan Adams and his voice wavered on the song. So it had started to look like an easy choice for Blake because he did have two artists that he doubted yet Blake had saved probably the best performance from his team for last. The final act of the night had been Keisha Renee and had turned a country classic into her own.

Keisha had been given “Love Can Build A Bridge” by The Judds and turned a memorable country song into almost gospel music. Therefore, she gave a stellar performance and Jennifer especially liked having her around because she was a big fan of Keisha’s. So it wasn’t surprising when Blake was given a chance to pick only half of his tea for the finales that he picked Keisha first. Then there was lovable Red and coming in as the last lucky person of the night had been Chloe. And so make sure to watch the rest of the playoffs because who knows who’ll be eliminated next…