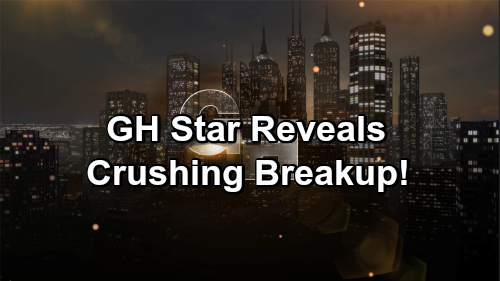 General Hospital (GH) spoilers reveal that the year’s coming to an end and that means it’s time to do some reflecting. In a special section of Soap Opera Digest, several soap actors chimed in about their highs and lows. The list included one young GH star, so let’s see what she had to say about her 2018.

Eden McCoy plays Josslyn on General Hospital and she’s really been upping her game lately. GH is challenging McCoy with a gripping story involving dying Oscar (Garren Stitt) and complicated feelings for Cameron (William Lipton). McCoy seems to be loving the meaty material and a chance to go beyond the usual teen fluff.

Getting this storyline was undoubtedly a high point for McCoy, but that’s not what made the top of her best list this year. Her favorite part of 2018 involved something in her personal life. “Probably the best thing that happened to me this year was committing to USC for beach volleyball,” McCoy said. “That happened in March.”

After mulling it over for a moment, McCoy took it a step further and declared it the ultimate high point. She gushed, “That’s actually the best thing that’s ever happened in my life, honestly!” Of course, you can’t appreciate the good times without a few bad ones. McCoy also went through a tough ordeal in 2018, so she filled everyone in on the reason for the drama.

“The worst thing was that I broke up with my boyfriend that I’ve had since I was barely 14. That was really hard,” McCoy admitted. However, McCoy is staying positive and concentrating on what matters most to her right now. “It’s been rough, but I’m just focusing on myself and school and work.”

It sounds like McCoy’s got the right idea! Fortunately, she’ll have some great GH scenes to keep her busy. General Hospital spoilers say Josslyn will be there for Oscar throughout his health crisis, but what happens at the end of all this? If Oscar dies, it could open the door to a Cam and Joss pairing.

Even if Oscar recovers as many GH fans expect, Josslyn may not be able to turn off her growing feelings for Cameron. Dumping Oscar would certainly be a lot easier if he wasn’t sick in a hospital bed. Whatever the case, this love triangle will continue to heat up!

Are you enjoying the teen troubles lately? Are you rooting for Josslyn and Cameron or should she stick with Oscar? We’ll give you updates as other GH news comes in. Stay tuned to the ABC soap and don’t forget to check CDL often for the latest General Hospital spoilers, updates and news.