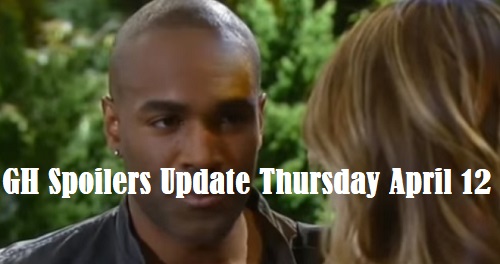 General Hospital (GH) spoilers for Thursday, April 12, tease that Lulu (Emme Rylan) will have some crucial updates to pass along. She’ll tell Peter (Wes Ramsey) that she’s abandoning her Heinrik investigation, so he’ll ask why she changed her mind. Lulu may argue that she doesn’t need another reason for Maxie (Kirsten Storms) to hate her. She just wants all of this to blow over.

Of course, Lulu could always continue to dig in secret. That way she could get answers without Maxie thinking she’s out for more fame. As a bonus, Peter probably wouldn’t monitor Lulu’s every move. Lulu doesn’t know Peter’s deceiving her, but she might realize she could get more done without his interference.

However, we should mention that Lulu has another big article coming up. She’ll get an intriguing idea next week, so Peter will undoubtedly urge her to go for it. He’d love to see Lulu devote her time to anything but Heinrik’s exposure! 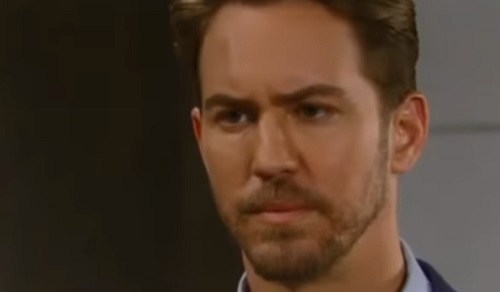 Meanwhile, Nina (Michelle Stafford) will want Curtis (Donnell Turner) to spill what he knows. He just revealed that he found dirt on Peter, so Nina’s eager to hear it. She’ll hope it’s enough to prove Peter has a dark side, but Curtis may have a bit more work to do.

Across town, Maxie will get encouragement from a surprising source. She’ll run into Michael at GH, so they’ll chat about all things baby. Michael will hate to see Maxie doing through this pregnancy alone. He’ll extend his support during their conversation and hope that Maxie will take him up on it. Michael’s got one of the kindest hearts in Port Charles, so GH fans will definitely see some sweet moments.

Other General Hospital spoilers say Carly (Laura Wright) will bail on one plan and replace it with another. This might have something to do with Sonny’s (Maurice Benard) recent request. He pushed Carly to let Griffin (Matt Cohen) check her out and make sure all this haunting business isn’t in her head.

Carly’s certain that she saw the scarf and heard someone upstairs in Morgan’s (Bryan Craig) room. She can’t believe Sonny’s fighting her on this, so she might back out of the appointment. Carly could easily devise a different strategy to show Sonny’s she’s telling the truth. Unfortunately, any plan she comes up with is destined to fail. Nelle’s awfully sneaky, so she can handle Carly’s hurdles.

For now, Sonny will have another matter to discuss. He’ll turn to Max (Derk Cheekwood) as he worries about Mike’s (Max Gail) knowledge. Sonny will rehash the “field in Croton” story and his fears about Mike blabbing. If Mike tells the cops that his son buried a body, it could certainly derail Sonny’s life.

At Ava’s (Maura West) place, she’ll enjoy some coffee with Griffin and drop a couple hints. Ava will mention the test results that left Griffin so concerned. She’ll wonder what he decided to do about them. Griffin may mention that he talked to the person involved and settled the matter. He’ll be ready to get rid of the evidence and hopefully free his mind.

Griffin doesn’t know Ava had a little look-see when he was out of the room. She saw that the paternity test results matched Patient A to Patient B. What will Ava do with that info? Will she keep sniffing around and ultimately sabotage her relationship? We’ll keep you posted as other General Hospital news comes in. Stick with ABC’s GH and don’t forget to check CDL often for the latest General Hospital spoilers, updates and news.

“If I didn’t know any better, I’d say you were avoiding me.” #GH55 pic.twitter.com/K1zzaLDnMv