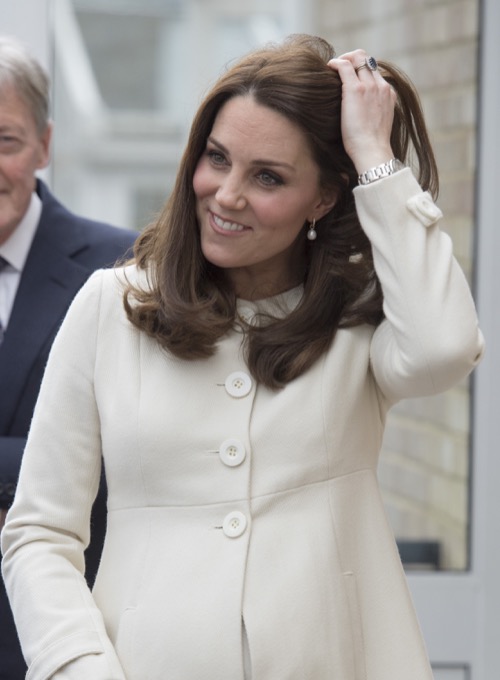 Kate Middleton’s due date has finally been revealed. The Duke and Duchess of Cambridge are currently expecting their third child together only a few short weeks before Prince Harry and Meghan Markle will be getting married.

According to new reports, the Duchess of Cambridge is expected to give birth on April 23, which is St. George’s Day. However, this due date has not been confirmed by Buckingham Palace. There’s a good chance though that Kate might give birth on or around the day England celebrates its Patron Saint.

In addition, a lot of people believe that the Duchess is expecting a baby girl. And if she does give birth to a baby girl, many people are hoping that she names the little girl after Queen Elizabeth’s mother. Royal Central reports: “Punters are convinced the Duke and Duchess are expecting another little girl, and obviously it would be a lovely touch to honor Her Majesty’s grandmother, but it will be interesting to see if any boys’ names are backed over the coming weeks before the birth.” 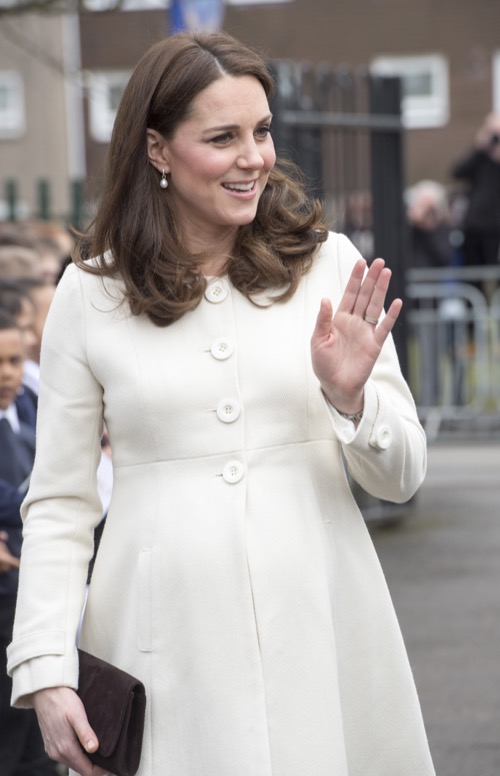 Of course, if Kate Middleton does end up giving birth on St. George’s day, it will give everyone a reason to celebrate. Plus, Kate Middleton knows that she needs to keep the attention on both her and her royal pregnancy. After all, everyone is soon going to be talking about Prince Harry and Meghan Markle’s wedding. Some people are even going as far as calling it the royal event of the year.

With Meghan now in the spotlight, Kate knows that she has to work extra hard in order to keep the public’s interest. That’s why she’s doing what she does best, and that’s focusing on her fashion and her family. By stepping out in expensive designer clothes and showing off her baby bump at royal engagements, Kate is reminding everyone that she came here first.

She also doesn’t want the public to forget that she’s the future Queen of England, and not Meghan. And it’s Kate’s children who will be future kings and queens, not Meghan’s. The American-born actress might be in the limelight right now, but it’s Kate Middleton who always have a higher position than her, and especially in the long run. Meghan doesn’t have and will never have the same status that the Duchess has.

In the meantime, don’t forget to check back with CDL for all the latest news and updates on Kate Middleton’s pregnancy and the rest of the royal family right here.