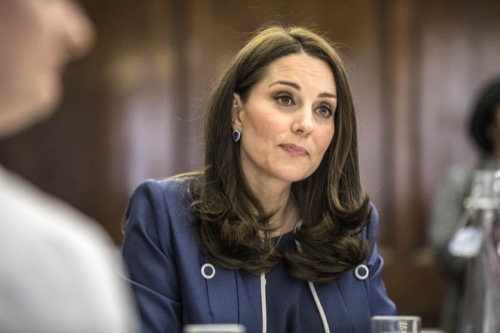 Kate Middleton has just leaked baby number three’s gender. Apparently, the Duchess of Cambridge gave a major hint to fans when she wore an all-blue ensemble during an appearance at the Royal College of Royal College of Obstetricians and Gynecologists in London. Many people believe that Kate is currently in the third trimester of her pregnancy.

If there’s one thing that people pay attention to, it’s what Kate Middleton wears each and every time she steps out in public. This time around she wore a very blue Jenny Packham dress and coat combination while meeting with a team of doctors at the college. So does this mean that she’s expecting a baby boy?

But then again, royal observers have seen this all before. This is not the first time that Kate Middleton has dressed in either all blue from head to toe are all pink from head to toe, too. Of course, the Duchess of Cambridge knows exactly what she’s doing. She likes to keep her fans guessing. This way she can continue to keep the spotlight on her while reminding the public that she is by far the most influential and if not stylish royal in the monarchy. If there’s one thing that Kate Middleton loves, it’s making headlines for fashion choices. 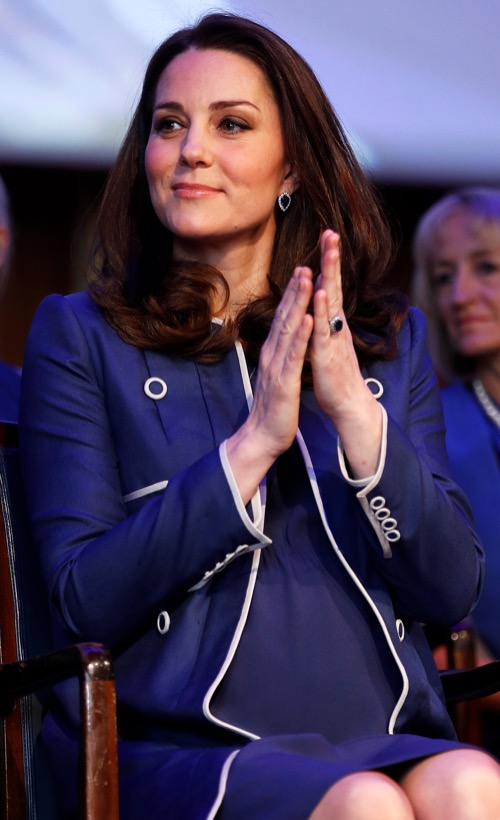 And while this plan might have worked before, it’s not working very well for Kate Middleton right now. That’s because no one is really paying attention to her or her pregnancy for that matter. All eyes are on Prince Harry and Meghan Markle and their upcoming royal wedding. The Duchess might not like it, but she’s being forced to compete for attention.

It’s pretty obvious at this point that more people are interested in Meghan and what she has to offer. Kate put a sign on her head that says she’s expecting a baby boy or a baby girl, but that wouldn’t matter. As far as royal fans are concerned, she’s not as interesting as Meghan Markle is.

Of course, the world is going to find out the gender of Prince William and Kate Middleton’s baby the moment the Duchess gives birth. So far Buckingham Palace has not made any comments about her due date. And while the public’s interest in Kate isn’t very strong right now, everyone will still be keen to find out if the next royal baby will indeed be a boy or a girl.