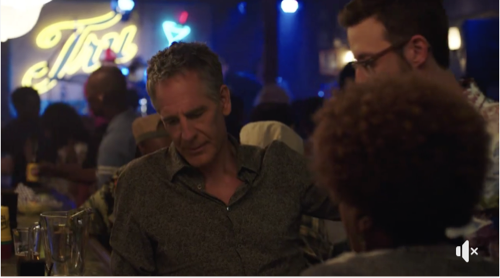 Tonight on CBS NCIS: New Orleans returns with an all-new Tuesday, May 8, 2018, season 4 episode 22 called, “The Assassination of Dwayne Pride,” and we have your NCIS: New Orleans recap below. On tonight’s NCIS: New Orleans episode as per the CBS synopsis, “When journalist Oliver Crane posts a scathing article documenting Pride’s “reckless use of justice,” the team is concerned about the fallout from the piece and the confidential information included in the story. Also, Rita Devereaux warns Pride that someone in D.C. has coordinated this attack on him, and the article is just the beginning.”

Pride had been out having fun with his friends on tonight’s all-new episode of “NCIS: New Orleans” when someone printed an article on him abusing his authority.

Everything in the article had been true! Pride had become a vigilante when he took on Mayor Hamilton and he wasn’t afraid to use threat or his fists on suspects. He’d since realized he had a problem and had even gone through therapy. Pride was a changed man now and his team didn’t want what he did to be taken out of context. They knew that everything he did was for the greater good and so they wanted to keep his spirits up, but Pride hadn’t needed a cheer team because he had read the article and had noticed that Oliver Crane must have had access to confidential files in order to write it.

Pride noticed that the article covered his NCIS days and his work in Moscow of all places. He said that there were a lot of people that could be at risk because of that article and so he wanted to secure them while the rest of his team find out who had been handing out confidential files. Gregorio and LaSalle had gone to talk to Crane. Crane ran a website called BreakingNOLA.com and they all covered stories they deemed were too important to be ignored yet Crane wasn’t the revolutionary he was making himself out to be. He was a hack! He was a conspiracy theorist that lucked out with his latest article and so the team questioned him over who handed him those files.

Crane, however, had been smug. He called Gregorio and LaSalle Pride’s lapdogs because they did Pride’s bidding and so he more or less accused them of being corrupt as well. They had tried to keep cool with Crane and had told him that he was putting people at risk only Crane hadn’t cared. He said he was helping people by telling them the truth about Pride and how he beats poor suspects like Carsen Donner. Donner’s brutally beaten face had actually been the picture in his article and so the team knew at least one of his sources. They still just needed to learn about the others and had tried again to reason with Crane.

Only Crane couldn’t be reasoned with. He liked the little power that he gained for himself thanks to that article and had prod the agents until they eventually reacted. Gregorio got into his face and knocked off all the papers on his desk. She shouldn’t have done that because it wasn’t great for their PR, but what she did gave her the opportunity to steal a file from Crane that he boasted had even more information Pride and so her outburst gave them the person that was selling out Pride. It turns out this person was a naval officer by the name of Amanda Bowers and that she had a personal grievance.

Pride had arrested Amanda’s brother Leonard Bowers. The brother had pretended to be a naval officer and had killed someone to cover up his secret, so Pride did his job and arrested him. It was what Leonard deserved and it seems Amanda hadn’t felt that way. She risked jail to get that file to Crane and so the team went to talk to her. They went to her house and they found her dead in what was made to look like robbery except they knew better. The team thought it was too much of a coincidence that this whistleblower died right as she got what she supposedly wanted and so they opened an investigation into her murder.

The team had wanted to run the investigation like they’ve always had and so they didn’t realize things would have to be different until they were confronted by Crane later on. Crane wanted to know what happened and then why Pride was running the investigation, especially as Pride should be a suspect. He did have a motive after all and could have killed Amanda to stop her from telling the world about him. So Crane had kicked up such a fuss that he even got Pride in trouble. Pride was later removed from Amanda’s case because people were upset in Washington and various federal departments were calling for resignation.

SECNav hadn’t wanted to go as far as to fire Pride and so that asked he keep his head down while he fixed this latest mess. Pride had tried to do that and he even thought he was doing that when he went outside to talk to the people protesting him. He had gone outside once he realized they had shown up right in front of his office and he had asked them to question him so that he could answer. That hadn’t happened and instead, someone threw a brick at him. Pride hadn’t wanted to press charges for that because he found out the man was from Clearwater and figured the man blamed him for losing a potential job. And it was because he was being so understanding, Marcus Green admitted that someone paid him to harass Pride.

Green said that a man came into a bar in Clearwater and riled people up though Pride had been in for another surprise because Rita came to town. She found out someone had asked that Pride be let go a couple of days before the article was published and so they team went digging. They found out someone used bots to create a social media campaign to lynch Pride and that this person also turned out to be the actual guy that gave Crane his files. Once Crane realized his source could have killed Amanda to cover his tracks, he gave the team the video he collected on the man and they used that to hunt him down.

So when the team finally caught up with Barris, they asked him who had it out for Pride and unfortunately, they never got the answers they wanted.

Barris had somehow managed to evade charges because the government refused to press charges against releasing confidential information and his lawyers had done the rest. They had gotten off because they said NCIS didn’t have enough evidence and they had been right because they don’t. They couldn’t prove that Barris was put in charge to take down Pride and Pride couldn’t even speak to the man like he wanted. He had been taken into custody by the AUSA who said all of his cases were reviewed because people wanted to use his situation to overturn their charges and so someone needed to be blamed for the fallout of this one article. And sadly the person they all voted upon was Pride.

Pride had made an enemy out of someone powerful and he knew that once again he would have to handle this himself.