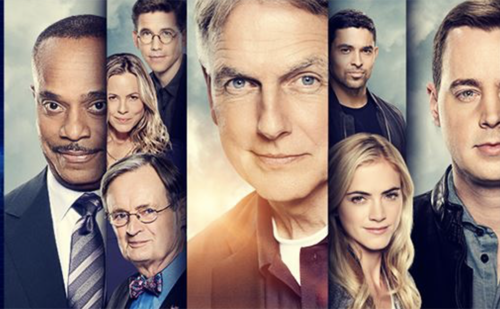 Tonight on CBS NCIS returns with an all-new Tuesday, October 2, 2018, season 16 episode 2 called, “Love Thy Neighbor” and we have your weekly NCIS recap below. On tonight’s NCIS season 16 episode 2, as per the CBS synopsis, “After a Navy lieutenant is found murdered in his hot tub, the team interviews several families in the victim’s peculiar neighborhood. Also, Torres must face the consequences after a volatile night out with Palmer.”

Some kids were just fooling around when they decided to tryout their neighbor’s jacuzzi, but what happened they found on tonight’s episode of “NCIS” was the body of Navy Lieutenant Davis Mooney.

Mooney was a decorated Navy official. He had only recently moved into the neighborhood after splitting up with his longtime wife and the neighborhood had had several problems. There was an attempted robbery at a neighbor’s place when the homeowners had been out of town and so the neighborhood snoop had been the one to call that in, however, NCIS believed Mooney must have been confronted the robbers. There were several things missing from the house and the place had been ransacked, so the working theory was that Mooney either came home early or had woken up to find his house in such a situation. The one thing that could help them figure out what happened would be the time on the death and unfortunately, the answer to that were skewed.

Mooney had had no one checking in on him. He had been killed and stuffed inside of the jacuzzi for days before he was found yet that jacuzzi had been on a timer. It had basically acted as a slow cooker and the remains had been turned into soup. Neither Palmer nor Ducky had been able to take the Mooney out of the jacuzzi and so they had to take the whole instead. They took it back to headquarters and worked with Kasie on trying to narrow down the time of death. As the team was doing that, the others began getting calls. The calls all came from the neighbors and so it seems the neighborhood had turned on themselves. There were some that were pointing fingers at others and then there were the neighbors that were blaming the victim.

The one guy that had done so had been upset because Mooney used to take out his trash all the time and had washed his car that he said it was suspicious. That had been it for Torres. Torres had tried to find actual information and listening to a man complaining about his neighbors taking pride in their possession had been enough to get his back up. He had gotten into the man’s face and had told him that maybe he should take pride in his possessions before he judged others. Torres noticed that the neighbor hadn’t cut his own lawn or do anything to maintain the integrity of the neighborhood. The agent had gotten so upset that Gibbs had to step in and interfere. Gibbs felt Torres needed a moment to cool off and he asked Torres to watch over the body.

It had been a bogus assignment to get Torres away from potential witnesses and it meant Torres was there when Kasie found something. She found several flies that indicated that Mooney died recently and they found the cause of death. Mooney had been slashed with a box cutter and it matched the theory that had been going on while Torres had been sent away. The man returned to his desk to find out that Mooney had been writing a book. The book had been so important to Mooney that it caused the break in his marriage and so the team asked his ex-wife what the book was about. The book was about the serial killer known as “the Dentist”. “The Dentist” had gone on to kill nine victims in the upper east side and he gained the nickname because he liked to take a tooth from each of the victims.

The serial killer was never caught and that had always stayed with Mooney because his cousin had been one of the victims, but there had been one suspect in the case and Mooney had apparently reached out to him. The suspect had said that everyone believed he killed the victims until one day Mooney had reached out and said he believed him because he found the real killer. Mooney claimed that the real killer lived nearby to him and that he was on his trail. So the team decided to look into everyone in the neighborhood only Torres wasn’t allowed to help. Torres had gone out with Palmer to cool down because everyone’s been noticing how short-fused he was and it turns out the two guys were later arrested for starting a brawl at a late night painting class. They had run into some jerks that had a problem with them being gay and so the guys had fought back.

The guys were thrown into jail for that and it had been Gibbs that bailed them out yet Gibbs hadn’t been happy. He had wanted Torres to speak to Sloane and when he refused to do he was sent home. The team couldn’t afford someone that was too much in his own head that he could cost them their case and so Torres was benched for this while the team realized they did have a suspect for the serial killer. They believed the killer was Dan Reynolds. It had been the Reynolds’ place that had gotten broken into and the team believed that it had been Mooney that broke in. Mooney had a theory and it was confirmed after breaking it because he found a box full of teeth. The teeth had been enough for him to believe the serial killer was Dan Reynold and he had played it safe when he sent that box to his ex-wife for safekeeping.

The team had brought Dan in for questioning and they tried everything with Dan to get him to break. Nothing worked and Dan eventually agreed to lawyer up, so they thought they were going to be left with nothing until Kasie found something. She found a purple chip in the hot tub and it was actually nail polish. The team had been so busy believing that it was Dan Reynolds that they never suspected his wife. His wife had given up her serial killer ways when she started a family with her husband and upon realizing how much her new life was in jeopardy – she killed Mooney in the hopes of getting the teeth back and stopping the book. She found neither and it turns out that Mooney’s ex-wife was going to finish his book for him. And so Nancy Reynolds still lost everything because now she’ll be tried for what she did.

The team had been happy to close the case but they had felt sad about doing it without Torres. Torres would only later tell Bishop why he was so angry. He had apparently broken the glasses that Reeves had gifted him and so he was punishing himself for destroying the last thing he had of his friend.

That’s all it was – he just missed his friend.