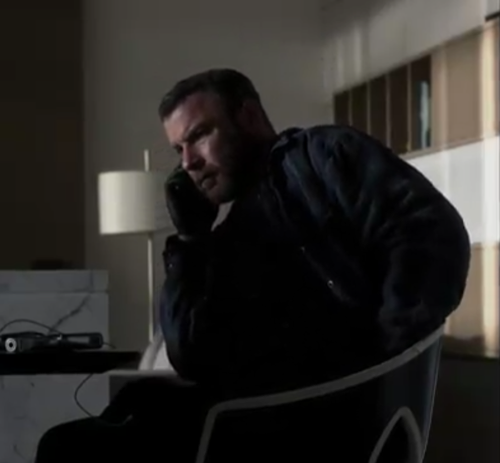 Tonight on Showtime Emmy Award-winning drama Ray Donovan airs with an all-new Sunday, November 11, 2018, episode and we have your Ray Donovan recap down below.  On tonight’s Ray Donovan season 6 episode 3 called,  “He Be Tight. He Be Mean,” as per the Showtime synopsis, “Ray must help Anita make a splash at the first mayoral debate.”

Tonight’s Ray Donovan season 6 episode 3  is going to be exciting.  So be sure to bookmark this spot and come back from 9 PM – 10 PM ET for our Ray Donovan recap.  While you wait for our recap make sure to head over and check out all our Ray Donovan news, recap, spoilers & more!

Ray Donovan begins tonight with Ray’s (Liev Schreiber) phone laying at the side of the road ringing; meanwhile, Ray has is at the bar calling his brother, Bunchy (Dash Mihok), telling him to call Ray back. Sean “Mac” McGrath (Domenick Lombardozzi) tells Ray, his guys are cleaning up the mess as Ray asks if he knows anyone in the FBI, explaining Mickey (Jon Voight) had a heart attack the day before and his little brother helped him escape custody; Mac says he will see what he can find out.

Bunchy drives Mickey to the house, reminding him about his confirmation, saying he took on the name “Adrian” on the account of being brave; Mickey wouldn’t remember because he wasn’t there but Bunchy is going to be there for his daughter going around the house. Ray walks out into the rain, calling Sam Winslow (Susan Sarandon), saying he is moving from LA to New York and needs a car, apartment, and office for now. Bunchy comes running out of the house with his daughter crying in his arms.

Ray arrives at the boxing club, seeing Terry (Eddie Marsan), who is going to help him get back in shape. Mickey finds another vehicle for him and Bunchy to travel in, in a shady, dirty bathroom, Mickey dyes his hair red and the three of them continue on their road trip.

Bridget (Kerris Dorsey) comes to Ray’s new place, quite impressed with it. She talks about school and Ray wants to know if Smitty (Graham Rogers) got a job, wondering if he can take care of her. Bridget reminds her dad that it’s 2018, not 1820; she quickly leaves to go internship hunting; but not before she notices that Ray has 2 bedrooms. Mickey and Bunchy drive by New York, where he says he’s always loved this town.

Lena (Katherine Moennig) calls Ray, saying John Crane (Steve Witting) was still in the shower. Ray waits until Crane leaves, goes up to his place and gets the video in exchange for money. She’s surprised that Lena never mentioned her as they used to date but realizes it was just a job to Lena.

Terry leaves the gym, goes to his apartment upstairs and watches a fight on TV. Ray comes out of Crane’s place and joins Lena in the car, telling her to download the video and send it to him. She gives him 4 tickets, admitting that she dated Justine in LA and Ray thinks she is nice and Lena should take her out. Lean finds it weird that he would give her money and take her out.

Mickey brings Bunchy to an old friend named Sandy. She tells them they can share the room unless one wants to share the master bedroom with her. She takes the baby with her, happy there is finally another Donovan girl. Bunchy is furious that he used to take him there as a baby; Mickey tells him that Sandy is smart and he needs to be on his toes. He has to go out and take care of business, telling Bunchy to help get Maria settled.

Daryll (Pooch Hall) arrives on the movie set, surprised Antoine A’Shawn Anderson (Donald Faison) didn’t tell him it would be like this. None of the crew looks happy because of the cost of the production, they are furious that Jay White (Brian White) is not on set to film and it’s Daryll’s job to get him out of the trailer and on set. Jay comes out, complaining about the props he has to use and it finally arrives but its been 2 hours late. Jay invites the guy into his trailer, but continues to snort cocaine and tells Daryll that he is the talent and even when he is wrong, he is right shouting they are doing to shoot this scene!

Sam tells Ray about “Mister Lucky” and that she needs Jay White to do his friggin job. She hears that he has picked up bad habits at a remarkable rate; Ray promises to take care of it. They walk on to watch Anita Novak’s (Lola Glaudini) interview as Sam is worried the polls still have her 10 points behind. She sends Ray off to her office.

Ray calls Mac informing him that he got the tickets. Mac tells him that his dad is a ghost, but Ray is certain his dad will slip up again like he always does. Ray meets up with Lena, who tells him that Justine thanks him for dinner.

Mickey goes to see Old Man Au but meets Young Man Au (Robert Lee Leng), Charlie’s grandson. Mickey wants to know if he is in the same line of business, as in gun running. Au looks at him confused.

Lena and Ray have Cesar Martinez (Jorge Chapa) do a video, saying he is leaving New York as things are too dangerous and he plans to leave until things blow over. They give him some money, with the rest once he is in Mexico. Mac calls Ray with updates on the leads on Mickey.

Ray confronts the debate’s host, John Crane and tells him 45 minutes into the debate tonight he is going to switch the conversation to Cesar Martinez, or he will reveal the video to everyone.

Meanwhile, outside the set of “Mister Lucky,” Mickey stands among the fans to see what is going on. A man (Jacob Ming-Trent) comes into the club, asking Terry if he still fights to show him a flyer for Fatal Fridays Underground Fighting Club. He tells Terry to really consider joining in, saying it sure as hell beats hitting the bag.

Back on the movie set, Jay White is getting all screwed up as his nose starts bleeding; they yell cut but Mickey is furious, walking away. Sandy dresses up as a nun, saying all nuns were “snakes with tits” and tells Bunchy to come with her. She shows him her waterbed saying she is happy to share, revealing that she grew up with Mickey. She met Cormack through Mickey and married him two weeks before he was deployed, he died and she remarried but stayed in touch with Mickey.

Sam and Ray watch the New York City Mayoral debate, where Cesar stands up, saying he was Anita’s opponent’s driver and all he endured while working for him was racism and bigotry. Anita stands up and wins the crowd over, even telling her opponent that the time for interrupting women is over! Everyone cheers.

Daryll talks to Antoine about a “cock sock”, where Jay White won’t come out of the trailer because his “junk is wrinkly.” He is once again delaying the production and Daryll is getting fed up. Parker (Max Crumm) arrives with a cup and Daryll flushes the drugs down the toilet, causing Jay to lose his mind and they scrap it out; Antoine blames Daryll, saying he just cost production another 3 hours. Laurel who is waiting for Jay, suggests his job as a manager is to become his enabler.

Ray gives Cesar his money, telling him to hand over his passport once they arrive in Mexico and he will return it once the election is over. Sandy thinks Bunchy looks just like Cormack in the priest frock. She tells Bunchy the back story that they run an orphanage and found a home for Maria aka Libby in Montreal; they are just waiting for the appropriate paperwork to get them across the border.

Anita meets with Ray at a bar, asking him if its true what Cesar said; he doesn’t reveal too much to her. Bridget is going to work on her campaign and Ray also tells her that his son, Conor (Devon Bagby) is in the Marines. Anita says he should have run it by her what he was going to do tonight, but he reminds her that he doesn’t work for her. She scoffs, saying she knows they all work for Sam Winslow. Anita thinks Ray is excellent at a lot of things, besides exaction like Sam says; she tells Ray “it’s been real” and leaves.

Daryll brings Jay some cocaine and agrees to stay with him. Ray is driving home and calls Bridget, saying he wanted to help her out and got her an internship with Anita Novak. Mac calls Ray, freaking out that his son, Jimmy isn’t coming because his mother and her boyfriend took him out bowling and came home late. Mac says he is taking care of this himself, but Ray tells him to relax and he will get there as soon as he can.

Terry takes the flyer and walks into the underground fight club, where it looks like he is the smallest guy in the room. He watches as the fights go on and men are severely beating each other, he turns around walking back.

Ray drives up and sees a fight outside the bar, grabs his bat and drops two of the firefighters. He slugs the last one with his fist and helps Mac to his feet, bringing him to the car. Daryll and Jay are talking about movies and how big they can be when Mickey walks in with a gun. Mickey Pistol whips Daryll saying he is not his son, as this is not how a son behaves. Jay goes to help Daryll and Mickey goes after him.

Ray tells Mac he will take the heat for this, but Mac feels they won’t say anything. He appreciates Ray, telling him not to be a stranger in his fancy suit. Mac is left to eat his son’s birthday cake alone. Ray gets a call from his father saying, “Hello Ray Ray!” In the back seat is someone with a bloody shirt covering their face, they are tied up and gagged, pleading for help.