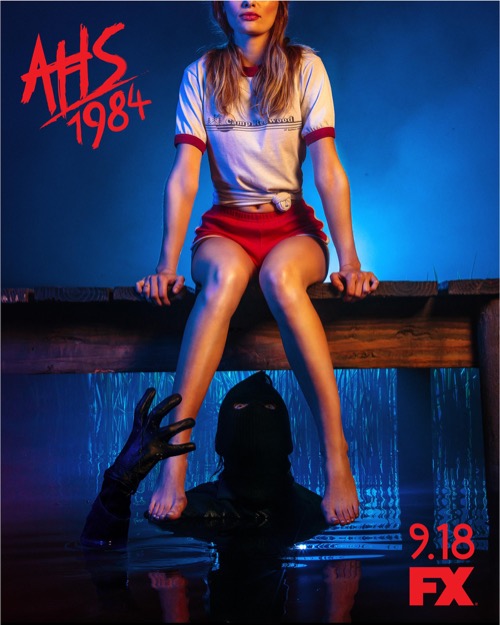 It started with an aerobics class. Montana met the Night Stalker when he came to one of her classes and the two hit it off right away over they shared love of music. They both loved Billy Idol. They would each get so caught up in his music that it was like nothing else existed and so that’s why one day they struck up a conversation. Montana had wanted to know why he wasn’t doing the exercises like he was supposed to, but he said he got lost in the music and she understood. She let him keep dancing.

There was just one problem. Not everyone loved Billy Idol and one of Montana’s students had complained about the music. He even got an attitude with her. Montana refused to change the music and so her student stormed off. The Night Stalker merely followed him. He followed, killed, and arranged the guy for Montana to find. He wanted to impress Montana. It was his way of saying he liked her and she was just as sick as he is because she loved his gift. They had had sex under the dead body with blood everywhere.

The Night Stalker had proved on their first date that he was willing to kill for her. She asked him if he would do it again. Montana asked him to kill Brooke because she blames Brooke for her brother’s death. Her brother had died at Brooke’s wedding. It happened when the groom lost his mind and thought Brooke had cheated on him with his best man. He then killed then his friend as well as Brooke’s father all so that he could “teach” Brooke a lesson. The groom thought she cheated on him and it was her not confessing to it that angered him.

Montana believes if Brooke had just confessed that her brother might still be alive. She blames Brooke who she refers to as a lying whore and she got her new boyfriend to agree to kill her. But then he let Brooke getaway. Brooke escaped him back in LA. She came to the camp to be safe and all along she had been traveling with the one person that did mean her harm. Montana was the one that called the Night Stalker. She told him where they were and he came running because he loves her.

Not that Montana loves him. She brought him to camp because he was useful and she kept looking for him during all the carnage because she wanted to make sure the job was done. Montana couldn’t even rely on him to find Brooke first. Montana had to do it herself and she found Brooke hung up on a bear trap. It seems Rita set Brooke up because Rita wanted to watch Mr. Jingles kill the young woman. Brooke like most victims of serial killers was a young woman and Rita was studied the hell out of that.

So, when Montana found Brooke, she was ruining Rita’s plan. Not that Montana knew that at the time or else she wouldn’t have promised to help Brooke and instead fetch the Night Stalker. The Night Stalker showed up at the trap the same time as Mr. Jingles. Both wanted to be the first to kill Brooke and so they fought over it. They were so busy fighting each other that Brooke escaped yet again. She was running to find help and didn’t understand what was taking Montana so long. And as it turns out Montana was fighting her own battle.

Montana found Rita. The two fought until Montana knocked her out and she was going to go check on her boyfriend when she saw him losing to Mr. Jingles. Now, Montana could have helped him. It would have been two against one and so Montana leaving was a direct result of her just not caring. She didn’t care that Mr. Jingles would go on to kill the Night Stalker. All Montana cared about was leaving the camp alive. Her little game with Brooke was one thing, but she didn’t want to die and so she finally went looking her friends.

No sooner did she find Trevor and Chet that they heard gunshots. The gun belonged to Margaret and Margaret shot Mr. Jingles during a confrontation. The two had been talking about the past. Margaret had seen how all the electric shock therapy had messed with Jingles’ memories, so she reminded him of what really happened. Mr. Jingles wasn’t the real Mr. Jingles. He was just some loner that Margaret set up after she killed all those campers. Margaret had been bullied at camp and one day Mr. Jingles promised to protect her.

He thought if he promised to be her father that it would make her happy and unfortunately that wasn’t what Margaret wanted. She had wanted revenge. She snuck around the camp and killed everyone who was ever mean to her. She didn’t even need much. She just wanted to strike out at the bullies and so she killed everyone because they wouldn’t be her friend. She then set up Mr. Jingles for the crime because she figured it went with his promise. He could protect her by taking the fall.

Not that he did. Mr. Jingles was trying to tell everyone for years that he was innocent and no one believed him because they thought he was delusional. So, finding out the truth had been an eye-opener. Mr. Jingles didn’t want to kill anyone anymore. He ran away from Margaret and he let Xavier live even when he was given the chance to cut the young man down in his prime. The only one that wasn’t safe was Trevor because now that Margaret has returned to her old self, she was back at killing people.

Margaret ended up killing Trevor. She also left everyone stranded because she had gotten rid of the last getaway car left and so now anyone could fall prey to the serial killers at the camp.

There was Mr. Jingles who became a serial killer to escape the psych ward, there was Margaret who believed killing was what God wanted for her, and then there was the Night Stalker who reanimated after having been killed because either this camp does strange things to people or he really was talking to Satan.