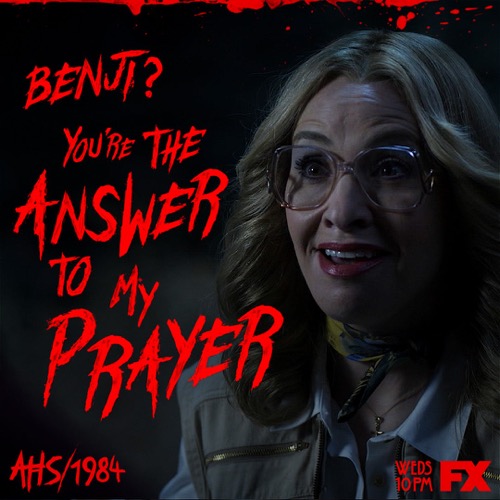 One Year Later…… and 1985 wasn’t that much different in the killing sense.

The Night Stalker was still up to his old tricks. Satan had given him life and he took that to mean killing in his master’s name was worth whatever the cost may be. He didn’t even flinch when the authorities began looking for him. His picture was plastered everywhere and Mr. Jingles had gotten tired of him by then. The guy was sort of sick of all the death. He didn’t want to be around it anymore and so he pointed out to a couple of people passing by that the Night Stalker was in their mists. And they took care of the problem for him.

The Night Stalker was captured by a group of angry people. They beat him until he gave up and that’s when they handed him over to the police. The Night Stalker was soon facing the death penalty, but he came across Brooke on death row. She had lost her last appeal and she was going to die too. No one believed her when she said she was innocent. It also didn’t help that there were two witnesses against her because as it turns out Trevor was alive. He fell into a coma after Margaret attacked him and when he woke up he realized what she had done.

Trevor could have gone to the police with what he knew. Only Margaret had a lot of lawyers and she was rich. Trevor didn’t want to take his chances with such odds so he tried blackmailing her. Margaret hadn’t reacted well when he tried to do that and so she made him marry her. This way he could get her money and she could get his silence. Her husband, after all, couldn’t testify against her. Margaret and Trevor also fell in lust after a while. They have hate sex nowadays and only occasionally were they reminded of what brought them together.

News of what Brooke had been one of those reminders. While news of further murders at Camo Redwood had also brought those same reminders as well as a chance at profit. Margaret still owned the camp. She also owns several businesses when brutal murders had taken place and she has turned those locations into theme parks. She gives the people the scare they all wanted. She also charged a hefty fee and was making her money off the backs of tragedy. And so there was no low to how far Margaret was willing to go.

She knew what was happening at the camp. She knew that the dead had returned and was taking it out on the living. She just didn’t care. Margaret went back to Camp Redwood with a bunch of cameras and she told the media how she was throwing a music fest at the camp. She said it would bring joy to an awful place. It also didn’t hurt that some people wanted to go there as a dare and that she made a profit even if they were killed at the camp. Margaret willfully sent victims to the counselors.

The counselor that she killed or helped be killed. Margaret brought Mr. Jingles to that camp and he killed for a while, but then he learned he was never the real Mr. Jingles. He hadn’t killed all those campers back in the seventies. He also wasn’t a bad person and so it’s a good thing Satan had saved him. He was able to leave the camp, unlike all the others. Jingles went back to LA with the Night Stalker and after him, he went on to Alaska. There he met a woman and started over. He became a family man. And everything was going great until the Night Stalker broke out of prison.

The Night Stalker killed Jingles’s wife. He let their son live and the baby boy had a message written in blood on him. The message said Satan would have his due. The Night Stalker had provoked Jingles and Jingles left his son with friends because he was intent on tracking down his wife’s killer. The Night Stalker also didn’t stop there. He planned on returning to the camp and he wasn’t the only one. Brooke was executed in front of a live audience. And she had said her final words to Margaret.

But then someone stepped in to save Brooke’s life. Nurse Rits whose real name is Didi had saved Brooke’s life at the last minute and of course, they’ll be returning to the camp as well.

Everyone it seems was going back there and so once again the bloodbath was going to follow!