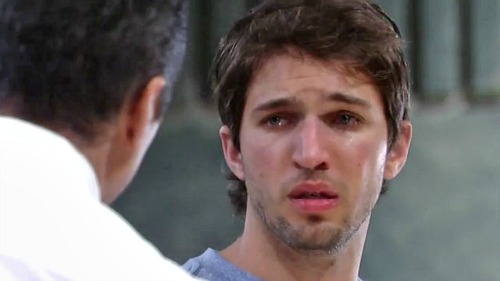 General Hospital (GH) spoilers reveal that one ABC soap star’s new show is in jeopardy. GH fans will remember Bryan Craig as Morgan Corinthos in Port Charles. Now Craig’s busy heating things as Javi Mendoza on Grand Hotel, but he could use the help of all his fans out there! That’s because Grand Hotel’s future is far from certain.

On Twitter, Craig shared a link about Grand Hotel’s possible renewal. According to Deadline, the show’s still stuck in limbo. If Grand Hotel hopes to score another season, a ratings boost would be for the best. “We’re going to wait until the end of its run,” said ABC President of Entertainment Karey Burke. “It’s a show we like a lot. It’s a show that I wish the ratings were a bit stronger but we’ll make that decision after its run.”

Craig suggested that it’s up to fans now. He’s counting on viewers to get those numbers up and make the last stretch of episodes count. “Well there you go …. The fate is in the hands of the fans,” Craig said. It turns out one of Craig’s old GH costars happens to be a fan as well! Maura West replied to Craig’s tweet with some supportive words. She exclaimed, “I vote RENEWAL!!”

West wasn’t alone in following Craig’s career over to his latest project. Plenty of General Hospital viewers are loving Craig’s gig as the sexy and mysterious bad-boy Javi. Of course, all Grand Hotel fans are hoping the show survives to deliver more big twists and turns. They can only keep watching and rooting for season two at this point.

One fan tweeted, “Need a renewal! This show is so good. And you @bryan_craig are awesome. Waited and waited for this show after u left #gh You’re why I started watching. HOPING IT GETS RENEWED.” “Grand Hotel is my favorite new show,” said another viewer. “You do a great job in it and I like all the storylines….please renew!”

It’s clear that Grand Hotel is in jeopardy, but let’s hope fans come through for Craig like he’s hoping. If not, a comeback as Morgan is always an option. Craig seems more focused on primetime work though, so General Hospital spoilers say a recast may be the way to go if it happens.

Regardless, it’d be nice to see Morgan in PC again one day! We’ll give you updates as other GH news comes in. Stay tuned to the ABC soap and don’t forget to check CDL often for the latest General Hospital spoilers, updates and news.