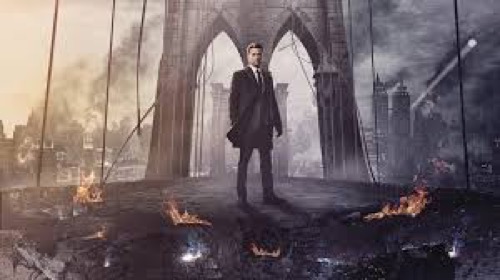 Tonight on FOX Gotham continues with an all new Thursday, March 7, 2019, called, “The Trial of Jim Gordon” and we have your Gotham recap below for you. On tonight’s episode as per the FOX synopsis, “After Gordon is shot in an attempt to establish a cease-fire, he hallucinates a trial for his life that could have deadly real consequences.

Meanwhile, Ivy (guest star Peyton List) returns and puts her spell on Bruce, leaving Selina to defend herself. Lee has a life-changing moment as Barbara and Penguin consider their next moves.”

Lee was scared. She tried to tell Gordon how she felt about him going off dangerous missions, but he seemed to believe that he could still save the city. He left Lee behind and he went to a summit for all the gangs. Gordon was trying to establish a cease fire. He wanted all the gangs to cooperate long enough for the government to believe their city was safe and that they should receive provisions. Gordon later said everything he had to say at the summit and he told him that without help they wouldn’t last another month. He had been so convincing that people were even willing to listen and some appeared to be seriously considering his idea. And right as everything was working, someone shot Gordon at the summit.

Gordon was rushed out there by his people, but it was the sum of all of Lee’s fears. She sought to treat Gordon and in the meantime it was Harvey that took over as lead. Harvey wanted to find the person that shot his partner and he basically told the police that they were going to pull up the streets to get answers. Hence an angry and fully supplied police department decided to avenge Gordon. Gordon was shot at City Hall where they had the summit and so that’s where Harvey began his investigation. He took his people back there to try finding answers and he wasn’t the only one that wanted to know what happened. Barbara had her own questions because its not like the paternity of her baby was any secret.

Barbara had been concerned that any enemy of Gordon could be the enemy of her baby as well, but then she talked to Harvey and they both learned how even Penguin had figured out the shot hadn’t come from inside City Hall. It came from outside and the shooter had broken a window to get a chance at killing Gordon. Gordon had stirred a lot of things up when he called for a meeting with all the gangs and it makes sense if someone with an empire to protect had tried to keep Gordon out of their affairs. Harvey went looking through Gordon’s objects that to figure out the trajectory of the bullet and he realizes he knew the identity of the shooter. The shooter was Victor Zsasz and the man himself had actually went gone to GCPD in order to finish the job.

Luckily, Alfred knocked him out before the man could anymore cops and so Harvey later had the chance to interrogate Zsasz. Zsasz was usually a straight-shooter though for some reason he was especially goofy. Almost as if he was high. Harvey could see Zsasz was on something and he tried to ask about, only Zsasz couldn’t say. He also couldn’t name the person that made him shoot Gordon and so that’s how Harvey figured out it had been Ivy. Ivy had the means to drug someone into doing whatever she wanted and she had wanted many things. She wanted to get rid of Gordon and she also kidnapped Bruce Wayne. Bruce had had lunch with Selina and the two were talking about life once order was restored when Ivy came in a henchman. The henchman fought Selina and Ivy got away with Bruce.

Poor Bruce came under Ivy intoxicating spell. She needed him to get to Lucius Fox and stop him trying to clean the water. The water was dangerous for people and Ivy never cared for them. She more cares about her plants and so she wouldn’t mind if every person in Gotham died as long as she could continue ruling as the Plant Queen. She also saw Gordon as her biggest threat because he was busy saving everyone and demanding that government reconnect them with the rest of the world, but Ivy saw people as pollution and so Gordon’s plan seemed like a living death to her. She tried to get rid of him using Zsasz and once that boyfriend failed she decided to get the job done herself. Ivy drugged a few more people until she was inside GCPD and then she freed Zsasz.

Zsasz was keeping the police department while Ivy went to go kill Gordon. Gordon was inside the designated medical area with just Lee. It was Lee that had to stand up to Ivy. Ivy was going on and on about the greater picture and how Gotham will finally become something greater with all the people dead, but Lee used that to get close enough to shoot Ivy and so Ivy went running. Only she had used that mutual closeness to drug Gordon when Lee couldn’t see and he was injected with something that was killing him. Gordon was imagining being trial while he was in a coma because he blames himself for everyone he failed to save and so it had been shocked for him to die after his trial yet wake up to Lee doing compressions on his chest. She used that maneuver to get his heart beating again and her quick thinking saved his life.

Also, Harvey was able to knock out Zsasz and Selina beat common sense back into both Bruce and Lucius. The guys were able to stop poisoning the water in time and so Gotham still has several more weeks. Those weeks were even peaceful ones thanks to Barbara. Barbara brought all the gangs together and drugged them with poison. She told them that if they didn’t agree to a cease-fire that she would hold onto the cure – and so people fell into line thanks to Barbara.

It meant there was no one trying to kill Gordon when he finally got the chance to marry Lee in real life.