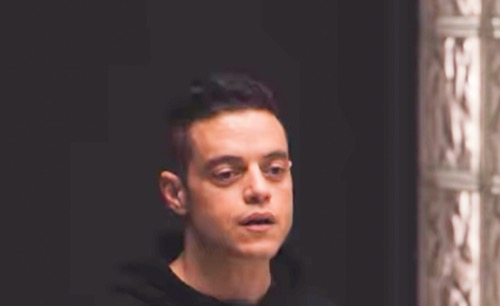 Mr. Robot returns to the USA network tonight with an all-new Sunday, December 15, 2019, season 4 episode 11 called, “Exit” We’ve got your Mr. Robot recap down below! In this evening’s episode as per the USA Network synopsis, “Elliot goes to the Washington township power plant.”

Tonight’s episode looks like it is going to be great and you won’t want to miss it, so be sure to tune in for our live coverage of USA Network’s Mr. Robot recap at 10:00 PM EST! While you wait for our recap hit the comments and let us know how excited you are for another episode of Mr. Robot tonight.

Minister Zhang is gone. There’s only the whiterose left and she ruthlessly murdered several agents that were sent to arrest her. It had seemed like she was unstoppable, but Elliot wasn’t done fighting. He believes he can make the software on whiterose’s machine unusable with a program he used on EvilCorp. Elliott was willing to do everything possible to finally end things and in his case that included pushing away his other personalities. He told them they could go with his sister Darlene. Darlene and Elliott had their goodbyes and Elliott was prepared to say goodbye to his split personality as well.

Elliott wanted to finally fix what had gone wrong so many years ago. He traveled to the Washington Township Power Plant and he found the building abandoned. There was no guard outside or even a guard inside. Elliott just walked in and no one stopped him. He even went directly to a computer with ease. He walked right up and logged on. He then uploaded the data he wanted, but by then his good luck had worn off. He had walked around and had found a dead body. This person had been killed a few hours ago. Elliott was wondering what’s going on when he heard police pull up and even turned around to find a bunch of guys in masks.

Apparently, they thought he was with them. Elliott followed the guys with masks and they delivered him to whiterose. Whiterose attempted to brainwash Elliott with things from his childhood, but he called her out on it and said he wasn’t as gullible as Angela. The whiterose then tried coming at Elliott another way. She told him how she wasn’t born as she was and how she was denied things she was owed. She tried to approach him as a fellow outsider. Elliott didn’t fall for that one either and he accused the whiterose of burning down the world because she hates it so much. And that finally broke down the whitrose’s act.

She said she didn’t hate the world. The world hated itself and she said Elliott wore his like a badge of honor. Just in case he forgot his own group’s name. Elliott didn’t care for the world and he later admitted as much. He said he did hate the world. He has put his trust in people who have done their worst to him and he could have let that changed him, but then there were people that loved him no matter what he did or how he tried to push them away. It was them that Elliott remembered as he was facing off against the whiterose. He said their love for him has healed him and so he refuses to give up on this world.

Elliott stood up for what was good and worth preserving. He was showing the whiterose how she could never win when she surprised him. She had turned on her machine and the plant was losing power because of it. Her machine had been running when Elliott installed his malware, so he wasn’t able to stop her or her made vision of this new world. Whiterose believed they would be reborn and all she had ever wanted from Elliott was his belief. After he denied her that, she felt compelled to end their little game and take her own life because she wanted to stop Elliott from using her to pause the meltdown.

Only Elliott didn’t give up like she expected he would. Elliott stayed and Mr. Robot even came to be there for him. Elliott’s personality wanted him to flee, but Elliott stayed, and he used what the whiterose had left behind for him. Elliott used his old childhood computer to infiltrate the system at the plant. Elliott put his plan into motion and unfortunately it was too late for him. He and Mr. Robot were trapped inside when the fire began. Elliott told Mr. Robot that he loved him and Mr. Robot replied with an “I love you, too”. It was a fitting end to their story. Elliott later woke up in his new reality and from there he began a new story.

In this new world, Elliott was engaged to Angela. They were getting married and they were deeply in love. Elliott also was an only child. He still had his dad who calls everyday in this new world and his dad still had the electronics shop. It was basically a what-if of Elliott’s life. He happened to be working for Allsafe where he had this big presentation for F Corp not E Corp. He even ran into some old faces he hasn’t seen in a while and so this new world was full of wonders. Elliott had never fit in before and in this new life he did.

There was also a Tyrell there. He was a representative of F Corp and it was seemingly his job to hear Elliott’s pitch. Tyrell ended up turning him down in the end, but he and Elliott got to talking and Elliott told him how he sometimes imagines a more exciting life. A life in which he got to live dangerously. Elliott then promised to take care of Tyrell’s company and so Tyrell agreed to give him the contract for F Corp. Elliott was so excited about the deal that he later celebrated it by having drinks with his dad.

And so Elliott was finally happy, but then he saw himself on the computer and that seems to unravel the dream.