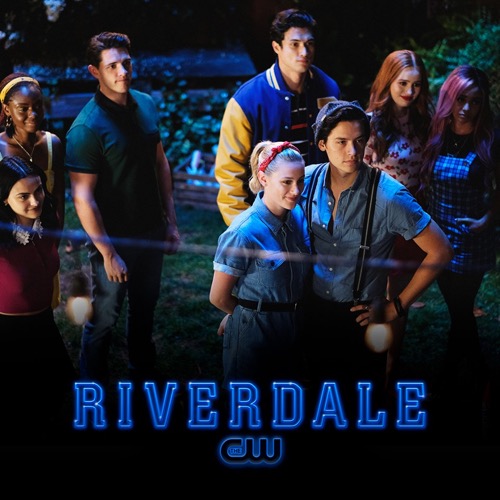 Tonight on CW their drama Riverdale airs with an all-new Wednesday, October 9, 2019, season 4 episode 1 premiere called, “Chapter Fifty-Eight: In Memoriam,” and we have your Riverdale recap below. On tonight’s Riverdale season 4 episode 1 as per the CW synopsis, “In the Season 4 premiere, the residents of Riverdale prepare for the Independence Day parade; and Archie receives a phone call that will change the rest of his life forever.”

So make sure to bookmark this spot and come back from 10 PM – 11 PM ET for our Stumptown recap. While you wait for the recap make sure to check out all our Riverdale recaps, spoilers, news & more, right here!

It’s been a quiet few months in Riverdale. People were returning to their everyday lives and more importantly they were now looking towards the future. The town was even throwing an Independence Day Parade. It was going to be their first time in almost three years since they held the last one and the reason behind that was complicated because it involved the Blossoms. The Blossoms were the ones that would usually sponsor this parade. They’d pay for the water show over Sweetwater River and got everyone involved in the groundwork. The Blossoms’ patronage was so integral to the Independence Day Parade that the town decided to suspend festivities when the family lost their only son – Jason.

It was out of respect for the family’s grief that the town stopped celebrating the holiday. Then this year happened and ot was quite simply one of the worst ones yet for them. The town was still recovering because of it. They had needed something help them forget and, after having so many people try to tear Riverdale down, the town threw themselves into a celebration. wanted to show Everyone was getting into the spirt. Archie and his friends were building a float and kids were buying firecrackers. The only party pooper in this scenario was Cheryl. Cheryl thought it was disrespectful to her brother’s memory and she was hoping for almost anything to stop the parade.

But its doubtable she wished for another tragedy. The town was once again hit by a loss when it was revealed that Fred Andrews had died. He had pulled over to help someone change a tire and was accidentally killed by a car that swiped him. The driver hadn’t even stuck around long enough to call for help. They fled the scene and left Fred to die on the side of the road. Fred’s family was later told what happened. It was just too much for Fred’s son Archie and his wife Mary. They broke down when they heard the news and Archie for one was looking for vengeance. He wanted to find the person that killed his father.

It was FP that told him to leave to the authorities. He didn’t want Archie getting hurt or possibly hurting someone else, so he did his best to warn Archie off. Whether Archie actually heard him or not was anyone’s guess. Archie was sort of in shock at the beginning and then afterward he started to make rash decisions. He took his friends to go collect his father’s body. His dad was being held in Cherry Creek and the body wouldn’t be transferred back to Riverdale until after the holidays. Only Archie didn’t want to wait that long. He wanted to bring his father home and roped his friends into going along with him. All without thinking through.

Archie didn’t realize until he got there that he couldn’t pick up his father’s body. He was underage and had needed his mother to help smooth things over and Mary was there for him. She fixed things like she normally does. She gave Archie the opportunity to say goodbye to his father like he wanted to do and, when the moment came, Archie couldn’t do it. He had needed Veronica and Betty to identify the body for him. Then later the group went to the scene of the accident. Archie wanted to see where his father died and he happened to run into the woman his father was helping when it all happened.

The woman had been so sorry. She had been the last person to talk to Fred and all Fred could talk about his son. How kind and good Archie was. Fred had been proud of his son and the woman made sure to pass on the message. Archie, in turn, was proud of his father. He just wished his father didn’t have to be so good and maybe if he wasn’t he would still be alive. At the very moment that Archie was thinking this – FP called. He said that the driver had turned himself in. FP knew he had to tell Archie what happened because he wanted to save Archie from hunting down the driver himself and his one mistake was that he said the man also out on bail.

George Augustine didn’t have a record. He also turned himself in and that showed good faith. The police department had no reason to doubt George’s good character. Its why they offered him bail. George was going to go on the run and so he was allowed to go home, but Archie thought the man that killed his father should rotting in a cell and so he again acted without thought. He looked up George’s Augustine’s address. He went there with the intent of beating him possibly to death and as he was about to hurt him that’s when he heard George’s son. The kid was younger than Archie and he said he had been driving the car that night without a license.

George was just taking the rap for it because he didn’t want this going on his son’s record. So, seeing this father and son duo had been enough to get Archie to calm down. He knew what it was like to borrow the car without his father knowing. It could have just as easily been him that mowed down someone else’s father. Archie also knew that his father would have covered for him as well and so that took away Archie’s anger. He was still sad. Nothing was ever going to change that and so Archie did what he set out to do. He collected his father’s body and as he was driving him home he noticed that people were lining the streets to pay tribute to one of their own.

Cheryl had been the one to arrange it. She knows what it’s like to feel alone after losing someone. She didn’t want Archie to feel the same and so she put together a parade just for Fred. It had been beautiful. It also comforted Archie and it helped him figure out what he was going to say at his father’s funeral.

Archie would later say that his father was Riverdale. He had touched every person and every place and that’s what Archie was going to tell his kids one day.

This year the parade went ahead, and it honored those they lost and not even Hiram Lodge could take that away from them.

No matter how many funerals he paid for.