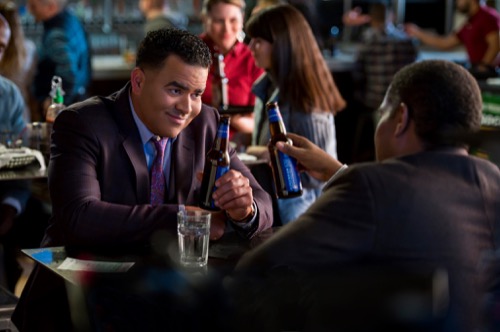 Tonight on CBS their drama Bull inspired by Dr. Phil McGraw airs with an all-new January 20, 2020, episode and we have your Bull recap below.  On tonight’s Bull season 4 episode 12 called, “Behind The Ivy,” as per the CBS synopsis, “Chunk’s friend, Reggie, an elite boarding school’s counselor, asks Bull to help the parents of an athletic scholarship student bring a wrongful death suit against the school after the teen dies suddenly while training”

A teen boy realizes he’s over in weight prior to weigh-ins for his wrestling team. The teen obsessively works out and runs before weigh-ins. When it’s time and he gets on the scale he is 3 pounds over. His coach is not happy. He tells him he has two hours before the match to fix his problem and he knows what he needs to do. The teen Antonio puts a garbage bag on and starts to run. He collapses on the road.

Chunk meets with an old friend. The friend is now a guidance counselor at a private school. He tells Chunk about this kid Antonio who died. He thinks the parents are getting an unfair shake and they need a better legal defense. He wants Chunk to look into it. The parents also don’t know much about how their son died.

Bull and Benny meet with Antonio‘s parents. They learn Antonio had a heart murmur and that the school won’t speak to them at all at the moment nor will the coach. The school has offered them half $1 million with the terms that they remain quiet after. The parents are not happy with this and they want answers. Bull tells them they need to sue.

Bull is in his office trying to maneuver a baby sling. The practice is not going well. He has to call for help. Taylor comes in and is completely confused. Then he also arrives, making a face he tells bowl that the defense is hired a woman they know well who is tough.

Bull and Benny head to jury selection, talking about what they want to see in the pool. They manage to gain a few Jerry members that will see things their way.

On the first day of court, Bernie calls Antonio’s mother to the stand and has her explain how Antonio had a heart murmur but it resolved itself as he got older so she did not put it on the application for private school. The defense gets up and makes it look like Antonio‘s mother purposely lied when compared to other questions, answering yes or no to the measles or mumps.

Bull and Benny go home after court on the somber side. Things are not going to well for them. Until Chunk shares how he looked very closely at the last couple years of the boys’ weight and height and how their weight stayed the same for years even though they were growing.

Benny asks the coach on the stand the next day. The coach acts as if the boys’ lack of weight gain has more to do with their age than him possibly forcing them to stay within a certain weight bracket. Then he then asked the coach if he did in fact make his students run behind the team boss in a garbage bag if they wait too much. Before the coach can answer Benny withdraws the question, commenting that the coach looks very uncomfortable. The jury takes notice.

The defense calls the medical examiner up to the stand and cross-examines her. She doesn’t blame Antonio’s heart murmur like they suspected but says he had lactic acid in his bloodstream which covered up his amphetamine abuse. It was the amphetamines that actually caused him to have a heart attack.

On recess, the parents tell Bull that they’ve had enough and that maybe their son did take amphetamines because he would’ve done anything to stay in that school. They would like to settle now. Bull tells them it is too late.

Chunk goes through Antonio’s emails and discovers that Dantonio was in fact on amphetamines and told his guidance counselor, chunks friend who originally reached out to him. Chunk goes to speak to his friend, he cannot believe that he had this from him and everybody else. The guidance counselor tells him that he informed the coach of Antonio’s struggles and that Antonio said he was clean three weeks prior to dying.

The next day in court, Benny calls the coach to the stand once again. He asks the coach about his conversation with the guidance counselor in regards to Antonio abusing drugs. The coach invokes his fifth amendment right.

The jury comes back with a guilty verdict for the school. The family is awarded $5 million. Bull finally learns how to properly put his baby sling on.