Days of Our Lives Spoilers: Is Jordan Ridgeway Alive – Will Chrishell Stause Return to DOOL? 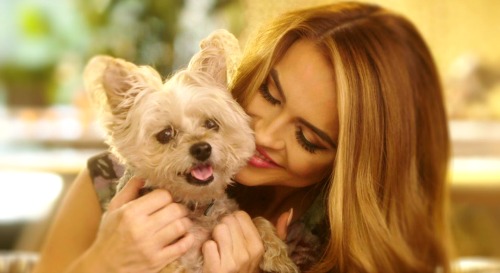 Days of Our Lives (DOOL) spoilers reveal that the NBC soap just wrapped up an epic week of time jump revelations. They answered plenty of burning questions, but there’s still an important one that remains: What really happened to Jordan Ridgeway (Chrishell Stause)?

DOOL fans know Ben Weston (Robert Scott Wilson) found Jordan’s dead body, which was both heartbreaking and troubling. Although Ben had some issues with Jordan, she was still his sister. Before their relationship deteriorated, Jordan was always Ben’s rock. She was there for Ben when he had no one else to rely on.

Ben sobbed over the loss, but he also knew this looked bad…REALLY bad. Jordan was strangled with a necktie, so it obviously seemed like Ben had reverted to his dark tendencies. He knew the cops would think the necktie killer had struck again – and that’s exactly what they believed.

Now Ben’s stuck behind bars for a murder he didn’t commit. He’s on death row and out of appeals, so he’s supposed to be executed soon. Days of Our Lives spoilers say time’s running out, but the truth could set Ben free. Just what is the truth though? There are several different routes that DOOL could take.

The first one is revealing the real killer, which might be Evan Frears (Brock Kelly). Days of Our Lives spoilers suggest Evan is almost certainly David Ridgeway’s (Caleb and Kyler Ends) biological father. Since Jordan insisted David’s bio dad was one bad dude, maybe Evan killed Jordan in a fit of rage. He might’ve gone too far after confronting Jordan about keeping David from him.

It’s also possible another killer suspect will emerge. Days of Our Lives has been known to throw fans some curveballs, which brings us to another intriguing possibility. Could Jordan still be alive?! Very few people actually stay dead in Salem, so it’s worth exploring this as an option.

Let’s think about Jordan’s perspective. Her priority was keeping David safe, no matter the cost. What if Jordan decided that Rafe Hernandez (Galen Gering), who she trusted with her son, should raise him? Jordan might’ve faked her death with the intention of leaving David with Rafe and getting Ben locked up.

This would’ve solved all Jordan’s problems: David’s safe with Rafe. Ben goes to prison and is sentenced to death. Ciara Brady (Victoria Konefal) is kept away from Ben forever. Everything about a faked death plot would’ve worked out well for Jordan.

Naturally, Jordan would’ve needed help from a guy like Dr. Wilhelm Rolf (William Utay), but the point is it’s possible. There’s even a chance Dr. Rolf brought Jordan back to life after her strangulation. Rolf has brought back people who were cold in the morgue before, so anything can happen once his twisted magic’s at work.

If Jordan is alive somewhere and returns, that’d be an easy way to get Ben off the hook. Would be great to see Chrishell Stause reprise her role as Jordan Ridgeway and create more havoc in Salem, do you agree? Days of Our Lives will need some strategy to make it happen, so it’ll be exciting to see how it all plays out. We’ll give you updates as other Days news comes in. Stay tuned to DOOL and don’t forget to check CDL often for the latest Days of Our Lives spoilers, updates and news.