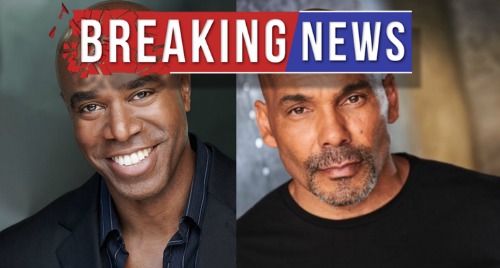 General Hospital (GH) spoilers has some news to pass on about what appears to be a temporary recast on the ABC soap. As GH viewers know, Marcus Taggert (Réal Andrews) has been front and center in the drama on the show recently.

Well, it seems that at least for one episode of General Hospital, Réal Andrews will be replaced by actor Asante Jones in the role of Marcus Taggert. IMDb is listing Asante Jones as playing Marcus Taggert in an episode that’s currently set to air on Thursday, December 17, 2020.

We’ll be sure to keep you informed as we learn more about this recast, but the situation appears to be temporary, and with the COVID-19 situation, it’s always possible that Réal Andrews had an issue with testing, or that for some other reason he was unavailable for an episode, and Asante Jones stepped in.

Of course, this wouldn’t be the first time in recent weeks that a replacement actor filled in for a regular GH cast member. Early on when the show returned from shutdown, Lindsay Hartley filled in for Kelly Monaco in the role of Sam McCall.

And more recently, Briana Lane filled in for Amanda Setton in the role of Brook Lynn Quartermaine for an extended run.

If Asante Jones looks familiar to you, there’s good reason for that. Asante appeared as Reporter Martin in Scandal from 2014-2018, and he can currently be seen in Breakroom USA as Eddie. Asante will also be appearing as Jedrek Moore in the upcoming series called Sunset.

So far, neither Réal Andrews nor Asante Jones has addressed the recast on social media, but we’ll be sure to keep an eye on the situation and give you updates as more information comes in about the situation. It looks like this may simply be another temporary recast due to COVID-19 or scheduling conflicts.

At any rate, stick with us for all the latest General Hospital spoilers, updates, and news. And check out CDL’s daily episode recaps as well – we’ve got you covered!