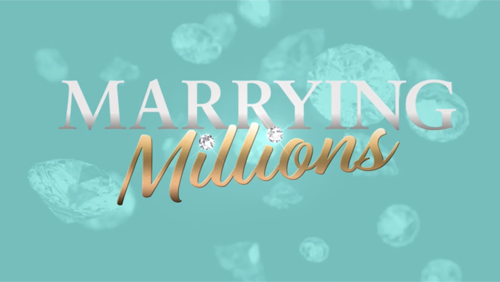 Tonight on Lifetime their hit series Marrying Millions premiere with an all-new Wednesday, August 19, 2020 episode and we have your Marrying Millions recap below.  On tonight’s Marrying Millions season 2 episode 3 called, “Daddy Issues,” as per the Lifetime synopsis, “Rick heads to Springfield, Illinois to talk to Erica’s dad about their relationship; Kevin turns down Kattie when she asked for a loan.”

Erica was finally introducing her boyfriend Rick to her family. Her family was not big fans of Rick as it is. They didn’t like the age difference and they didn’t like how important Rick was turning out to be for Erica. She’s only ever brought one other guy home to meet them. She usually doesn’t waste anyone’s time unless its serious and by making this introduction she was showing her family that this relationship is serious. Erica cares for Rick. Rick cares for Erica. They both hoped that meeting her dad and grandmother will help shape their opinion about the relationship and sadly Erica’s father was not moved.

He did not approve of Rick’s age. It was actually worse seeing them together because Erica’s dad said they look like grandfather and granddaughter. Erica’s grandmother also had a few questions for Rick. She asked him if he still had all his parts and what she was really asking was if he had any knee or hip replacements. She must have thought Rick looked old enough to get those things. Only Rick said that he hasn’t need those things (yet). He went on to add that he was still young at heart and Rick brought up marriage. He told Erica’s family that he wanted to marry Erica and so Erica got up from the table. She let Rick speak to her dad alone.

Erica wanted to give Rick the chance of earning her father’s blessing. She knew she couldn’t hold his hand for this part and to be frank he did put in the effort to try and win over her father. Rick tried to reassure Erica’s dad that he loves her. He thought maybe if the father knew how much he cared for Erica then maybe he would win the other’s man approval but nothing worked. Nothing he said or could convince Erica’s father that he was a great guy. Rick had too much money and was way too old for Erica’s dad’s approval. Her father didn’t want Rick to be able to throw his money around to get whatever he wanted. And he believes Erica is included in that.

Then there was Nonie and Reese. Reese was told to come to Nonie’s place at a certain time because she wanted to introduce him to her friends and he arrived late. Nonie had to explain to her friends why he wasn’t there in the beginning. She told them that sometimes he gets caught up in skateboarding and no one was impressed. Her friends didn’t understand why Nonie was with a guy like that. They thought she would be with someone older and more mature. They also thought she would be with someone that sat at a desk for a living and so Nonie had to defend herself almost. She told them she didn’t want a 9 to 5 guy.

Nonie didn’t want an old man at his desk. She said she was the old person at the desk and she was still explaining why she was attracted to Reese when Reese finally showed. He came in with three sunflowers. He kissed Nonie and he tried to pretend everything was okay. Reese had been asked to be mindful around her friends. Nonie wanted him to make a great impression and instead, he was upset because he didn’t like being told what he could say or do. Reese can be quite stubborn when he wants to. He didn’t like feeling like he had to put on a front for her friends and so Nonnie later explained it to him that she just wanted him to be at his best.

Gentille knows what it’s like when boyfriends leave a poor impression on their friends. Her ex-boyfriend Brian had shown up late to her birthday and her friends all felt he deserved to be called out for it. They especially felt that way because people who did care for Gentille knows how important it is to be there for her. Gentille doesn’t have her parents anymore and she doesn’t children or siblings. She was without family. Her friends were her family and Brian could have been family except he showed time and time again that she didn’t matter to him. Gentille broke up with Brian. She’s on her own again. She was interested in dating and her friends have been trying to set her up.

It was Gentille that was in no rush. She wanted to take her time with dating. It didn’t matter how much a guy earns, but she wanted to know he was with her for the right reasons and so that was going to take time. Gentille was looking for a new guy as a new couple was revealed tonight. Danny is twenty-five. She’s also Mexican-American. She’s dating her boss Donovan. He owns real estate empires and he was a millionaire. Danny and her boyfriend have been together for several years now. They’ve known each other even longer than that and he knows that Danny likes his money. She’s maxed out several of his credit cards.

Donovan doesn’t mind that she does it. He’s happy to make her happy and so the only issue they have is marriage. Donovan doesn’t see himself getting married. He’s been dragging his feet about his proposing and that sucks because Danny does want to get married. She wants to get married before she has children. She, therefore, needs Donovan to get his act together. He has to either propose or tell her that he doesn’t see himself getting married. Danny told him tonight that she wasn’t going to wait forever. She was going to move on if she didn’t get a proposal soon and so she issued an ultimatum.

Danny wasn’t alone in demanding things. Katie needed something from her boyfriend Kevin as well. She needed him to help her pay her rent on her apartment and so she thought she could sweeten by getting him a truly great Christmas present.

She went a little overboard when she chose the present. She spent money she didn’t necessarily have. She got him an expensive watch and right after she showed him the watch she asked for the money. Katie told him why she needed it. She said she had no other place she could turn to for the money from and he still turned her down. Kevin said he made a promise to himself.

Kevin made this promise after a previous girlfriend borrowed twenty grand from him. His ex never paid it back and, ever since then, Kevin told himself he wouldn’t loan out money again. Kevin was serious about it that he didn’t even try to help out Katie. He pretty much told her she was on her own and that along with splitting the bill was annoying the hell out of Katie.

Meanwhile, Reese was telling his family he met someone. He told them how kids might not be on the table and that upset his mother because his mother wanted grandchildren. His mother was also rather disapproving of the relationship. She couldn’t see why someone as old or as rich as Nonie would be interested in her son who has nothing to offer.