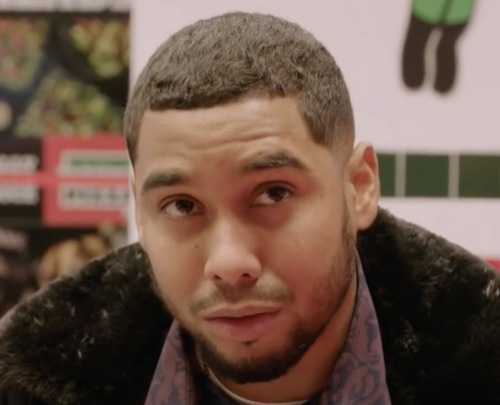 Tonight on TLC their reality show The Family Chantel airs with an all-new Monday, November 2, 2020, episode and have your The Family Chantel recap below.  On tonight’s The Family Chantel season 2 episode 4 as per the TLC synopsis, “Pedro confronts Nicole about dating a married man. As the family prepares to go to the Philippines, Chantel and Winter have an emotional heart-to-heart. Then, things take a shocking turn when Chantel, Karen, and Angenette go wedding dress shopping.”

Alejandro tells Pedro he is married. Pedro doesn’t understand how he can be dating his sister. Alejandro explains that Nicole knew all about it and his situation. Alejandro shares that he and his wife are separated and his wife knows. Chantel sees how Nicole and he could be together. They are both bad. Alejandro tells them he loves Nicole and hopes they can eventually marry. Pedro tells him that his mom doesn’t like him and he should be concerned. Alejandro wants to speak with her. He is going to be patient and wait for their approval.

Pedro brings Chantel to the hotel and then leaves to speak with his sister. He heads to get pizza and calls her by Facetime. She tells him that these things happen. She wants him to understand. He doesn’t want her to follow in their father’s footsteps. After making fun of Alejandro’s beard, he threatens to tell their mom. Nicole gets nervous.

Pedro goes for a run the next day while Chantel tells her mom about Nicole dating a married man. Karen is not surprised. Karen wants to talk about more important things. She talks about the wedding. Chantel doesn’t share her concerns. Karen pushes for Chantel to reach out to her sister. She wants them to clear the air. Chantel wants to do it in person.

Coraima and Nicole head to the dentist. Nicole tells her the truth about Alejandro. Coraima almost jumps out of the chair. They talk about how her family will react, especially her mom. Alejandro says he is going to visit. This made Nicole very happy.

Winter meets up with Chantel to talk alone. Winter apologizes for calling her a b&tch. They get back into a fight over how Chantel thinks Winter’s boyfriend has changed her. Winter doesn’t like how Chantel isn’t speaking facts, she is just insulting her. Chantel tells her how she loves her. She just wants them to have a relationship. She doesn’t want Winter to be a doormat. They get into another argument about when they were kids and how they grew apart. They have since fixed their release but now they are growing apart again. Chantel wants them to just move on from this. Winter finally feels loved by her.

Chantel tells Pedro she and her mom are going to meet Angenette at the dress store. Chantel wishes her mom would be more speculative over her soon to be sister in law who tracks her brother and controls him.

Karen is excited at the dress shop to see Angenette. She knows she will be beautiful. Angenette tries on several dresses. Karen thinks she looks lovely. While she continues to try on dresses, Karen asks about her and Winter. Chantel tells her they are fine. Chantel talks about how Pedro questioned Royal and Angenette’s trust. Karen thinks he needs to focus on himself and Chantel. Karen thinks Angenette is transparent.

Angenette tells them that she has never talked to other American men. Chantel wonders if he trusts Angenette. Angenette gets nervous. She talks to the producer alone and reveals she had a miscalculation when she arrived in the US. Royal believes she fooled around with someone before arriving.