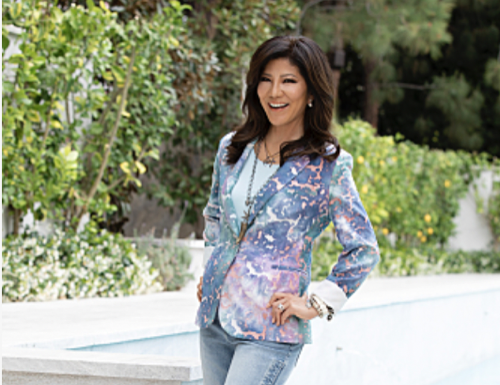 Tonight on CBS Big Brother 23 airs with an all-new Sunday, August 4, 2021, episode and we have your Big Brother 23 recap below! On tonight’s Big Brother season 23 episode 12 “PoV and Ceremony,” as per the CBS synopsis, “Tonight on Big Brother it is the PoV competition, and both Hannah and Whitney have a chance to win and take themselves off the block.  Following the competition, we will have the PoV ceremony.”

In tonight’s Big Brother episode, the episode begins with the end of the HOH nomination ceremony, Whitney says she feels backstabbed and blindsided, very confused right now. She thought she had a good relationship with the Kings, but for some reason, she is on the block and she doesn’t understand it. Hannah says being on the block is not ideal, but she does believe that she is a pawn this week. Derek X. is shocked to see Hannah on the block, he had no idea that she was going to be nominated.

In the HOH room, Alyssa feels so bad about the nominations. At the end of the day, Christian has to make the decision that is best for his game. Ultimately he decided that Whitney is the target because Hannah made him a promise to keep him safe and that is better for his game. Sarah Beth doesn’t like it, Hannah is a strong player and she would prefer her going this week. Sarah Beth is aware that Xavier is really fighting strong to keep Hannah and she is wondering what is up with that.

Hannah knows that she has to compete for her heart out for the Veto because even though Christian tells her she is safe, that is the only thing that is going to guarantee her safety. Xavier sits down with Whitney and asks her how angry she is, she says a 10. He asks her if his name ever came up that she wanted him up, she says no. She tells him that she has been closest with him in the house and he would never have thought of putting him up.

Christian is the next to sit down with Whitney, he says that people came to him and said that she would put him up. Whitney says she is extremely confused, she denies it. Christian doesn’t believe her and her tears are not going to work. Whitney knows that she has to win the Veto in order to make it further in the game.

Azah has a crush on Xavier and she thinks that Whitney spends a little too much time with him, is it petty that she wants her out of the house, yes, but she wants her out anyway. Azah later is alone with Xavier and she tells him that she has a crush on him, she feels like a little kid in middle school. Xavier didn’t come to Big Brother for a showmance, operation nomance is still in force.

The Royal Flush wants the nominations to stay the same this week. Derek X. feels like he is in a tricky spot, in between his alliance and his team. If he wins the Veto, Hannah is going to want him to take her off the block.

Tiffany gives Hannah a heads up that Sarah Beth is very smart and she wants her out of the house. Hannah is motivated even more to win the Veto.

Time for the Veto competition, the backyard looks like a volleyball competition. The players must roll their volleyball up and over the ramp then run over to the other side and catch the ball before it hits the other side. Every time they catch a ball they get a point, if the ball lands in the sand their score goes back to zero. The first person to get 100 points wins the Veto.

Hannah finds the competition physically demanding, she is not doing very well. Claire is not finding her groove and she is not doing well either. Derek X. is using slow and steady wins the race, Christian is going fast and Azah even faster. After 25 attempts it is getting harder and harder, Azah drops the ball, she resets to 0. The two nominees are doing horribly, neither of them has a shot at winning.

Its neck and neck between Christian and Derek X. Christian wins again, when are these houseguests going to realize that Christian is the one who should be on the block and go home – he is a strong competitor.

Derek X. makes a mistake, he makes a comment about he and Hannah being on slop next week like he already knows that Whitney is going home and she overhears him. Whitney is furious, she starts campaigning to backdoor Derek X.

Time for the Veto competition, Christian decides not to use the POV.