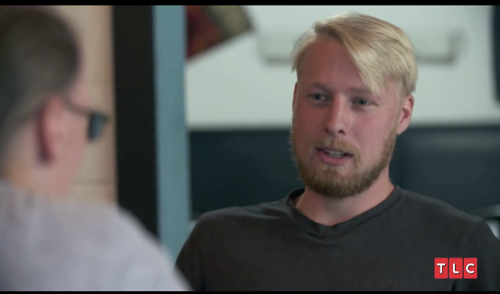 Tonight on TLC their reality show Welcome To Plathville airs with an all-new Tuesday, July 12, 2022, episode, and we have your Welcome to Plathville recap below.  In tonight’s Welcome to Plathville season, 4 episode 9 called “You Have a Lot of Nerve,” as per the TLC synopsis, “Kim and Micah share first-ever cocktails together, and Kim reveals the reasoning behind her parenting choices. After years, Ethan and Barry finally make amends, but Ethan keeps new secrets from Olivia. Lydia asks Kim tough questions.”

In tonight’s Welcome To Plathville episode, Ethan was now on better speaking terms with his dad. His dad Barry reached out to him. He told him that he misses him. He also told him about the separation. Ethan’s parents are living separately. Barry and Kim have talked about it. She wasn’t happy anymore. She wanted out and Barry still wanted to fight for the relationship, but he couldn’t fight it alone and so he was slowly giving up on the marriage now as well. There were a lot of things that Barry did that he now regrets. He regrets all that time he hadn’t spoken to his son Ethan. He regrets the last conversation they had before all of this. And he did make amends with Ethan when he saw him.

Ethan for his part had also taken his side in the separation. He came to doubt how he was raised. He blamed his mom for a lot of what happened and he blamed his mom for her marriage falling apart. He thinks she’s manipulative. He thinks she was the one behind the smears on Olivia. He was willing to forgive his father, but he wasn’t willing to forgive his mother because he assumes she doesn’t feel guilty about any of it and he can’t bother to actually ask her. Ethan left Cairo without speaking to his mother. He also didn’t tell Olivia about anything that happened until he arrived back in Florida. Ethan chose to shut her out.

Olivia called him about sixteen times when he was in Georgia. She wanted to know if he saw his family and she also asked him about his parent’s separation. Ethan denies knowing any of it. He claims that he didn’t want to have the discussion on the phone, but completely shutting out his wife and blatantly lying to her was the sort of thing that Olivia left him over. Olivia wants a marriage in which they can talk. She’s always trying to have a meaningful conversation with Ethan and he shuts her out. He especially did that with his parent’s separation. And he was even doing that with his new motorcycle.

Ethan bought a new motorcycle. He left his old one at Phillip’s. He then tried to drive the new one back to Florida when the engine died and he had to get a ride from someone else. Ethan hadn’t told his wife he was getting a new motorcycle. He just presented it to her as a done thing and when she tried to ask him about it – he went storming inside of the house. He even slammed the door. Olivia had to go after him and that was such an unfair thing to do. He’s the unreasonable one. He’s the one throwing a temper tantrum because his parents are separated. Yet, she’s the one that has to go after him and try to play peacemaker.

Back in Cairo, Lydia finally had the opportunity to talk honestly with her mom. They were both at the house alone. Lydia felt that was the time to try and convince her mom to work on her marriage. If something doesn’t feel right, why can’t they take the time to work it out? Kim explained that they did try to make it work. They gave it twenty-four years. She couldn’t keep devoting time to someone who doesn’t love her. Barry and Kim would still be together if he had simply told her loves her. He hasn’t done that in a while. Hell, he doesn’t talk most of the time. He was a lot like Ethan. They kept their emotions to themselves and rarely let anyone in.

Ethan saw a lot of himself in his father. He thinks he’s a straight shooter like his father and he wasn’t. He’s a manipulative liar who only sees his own wife as a person when she’s pulling away from him. That’s when Ethan finally talks to her. He talks to her when he’s doing his best to win her back. Ethan was a lot like Barry. Barry failed to grasp all those times that Kim needed to be alone or when she needed his support. She was always catering to him, but not once were her needs being met. Olivia understands what’s that like. She lives with a Plath man. And so no wonder Ethan took his father’s side.

And later Kim met up with Micah. They got drinks. Kim had stopped drinking for a while because Barry didn’t like it and now she’s doing whatever she wants when she wants. Kim seemed happier away from Barry. And so Micah didn’t have anything to negative to say to her.