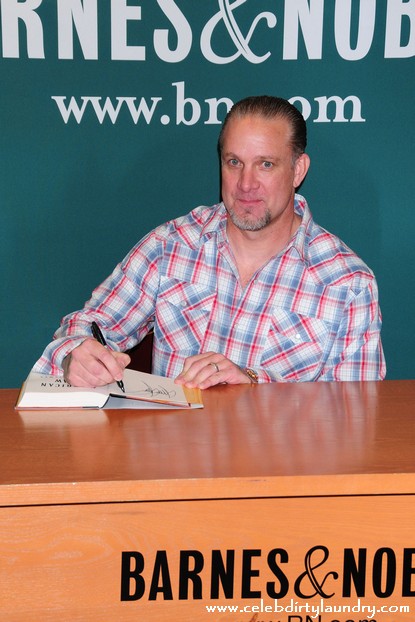 A big hole needs to open up and West Coast Chopper owner Jesse James and ex-husband of Sandra Bullock needs to fall into it and disappear.  He cheated on Sandra and publicly humiliated her and just continues to do it.  He needs to get some pride!  Douchbag James was on the Piers Morgan show and Morgan tried to make James feel guilty.  Fat chance!

He called James on the fact that Bullock during her acceptance speech for her Golden Globe dedicated the award to then husband James saying ‘There’s no surprise that my work got better when I met you, because I never knew what it felt like for someone to have my back.”

James was quick to point out that Bullock is an actress and further implied that it was all for show and that she was insincere.  Ironically he then goes on to say he should have done the honorable thing instead of cheating on her he should have just left her.  If that is not the funniest thing I have ever heard I don’t know what it.  How honorable does this trash think it is to go on National television and continue to talk about his ex-wife.  He would not know the honorable thing to do if it walked up to him and said hello Mr. James!

Everytime he opens up his mouth he puts his foot into it.  If he has nothing good to say about Sandra he should just shut the F*!? up.  Now that is the honorable thing to do!