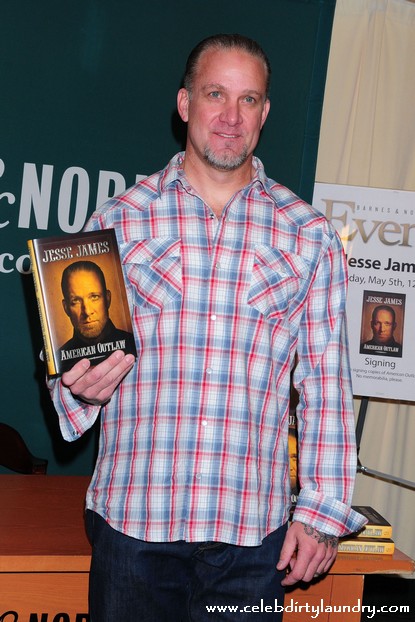 Jesse James who cheated on America’s sweatheart Sandra Bullock and became the most hated man in America says he doubts he will ever win public favor back.  WOW, what a rocket scientist – he figured that all out by himself.  Let me see now he cheated on her with Bombshell McGee and rather than tell him herself he let the tabloids break the news too her.  What a douche, forgive him NO, disappear YES!

Now Jesse using his usual good judgement decided no one is going to forgive him anyway so he got engaged shortly after his split with Sandra and not with Bombshell but with another tattooed lady Kat Von D.

He said, “It doesn’t matter if I wait, it’ll always be to too quick (to move on from Bullock) to the public. I could wait 10 years and everybody will say, ‘How come he’s rushing into it?’ It’s one of those things.  At this point I don’t think I’m going to be able to do anything right in anybody’s eyes ever again, except kill myself or disappear, then people will be happy I guess.”

All I can say is I feel sorry for Kat Von D.  Not sure what she is thinking hooking up with this trash.  But if I were a betting person – it is a sure bet Mr. James will probably be cheating on her.  All this bla bla in the media by Jesse is to pimp his new book ‘American Outlaw’ Are you going to waste your money buying his book?  Not me!