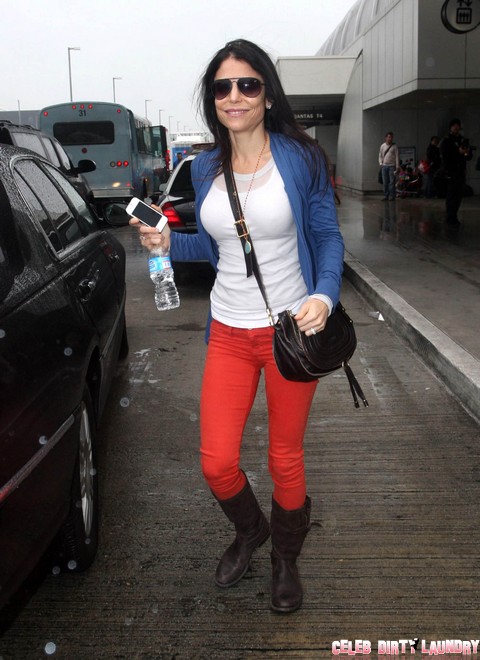 After confirmation of a split hit the tabloids, Bethenny Frankel has finally commented on the separation between her and her soon to be ex, Jason Hoppy.  “We will work through this as a family,” quotes Us Weekly.  Frankel and Hoppy have a 2 year old daughter named Brynn.  After only 2 years of marriage the couple called in quits and made the announcement on December 23.  Hoppy, a New York City businessman and Frankel, of Real Housewives of New York and Bethenny Getting Married fame, made the usual celebrity announcement about the split.  The divorce is amicable, they will continue to co-parent, their child is their number one priority…you know the rest.

Now, what I want to know is how this divorce is really going to play out.  Bethenny is no stranger to drama to surely there will be a fight for her fortune.  With 1.1 million Twitter followers this bitch has got to be making bank on her book, Skinnygirl, and other business ventures.  I would guess that she is worth significantly more than Jason.  Perhaps that is the reason for the split.  The big businessman can’t cope with the little lady making more than he does.  Of course, that is just a guess.  For all I know Jason is worth way more than little Bethenny.

I just don’t understand why these celebs, even reality TV made celebrities, can’t keep their marriages together.  I mean why get married in the first place.  Is that what rich people do?  They marry instead of just date?  Dumb.

Though these two entrepreneurs may be ignorant when it comes to “love” there is no doubt that they are a business savvy couple with an iron-clad prenuptial agreement.  I hope there’s a fight to come…with fireworks!

What do you think readers?  Why did this latest reality TV relationship fail?