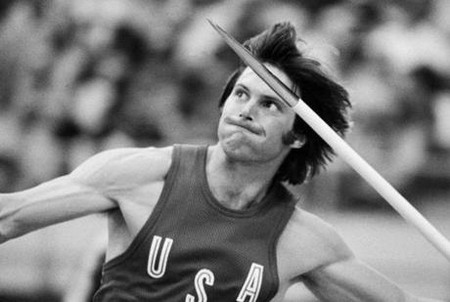 Bruce Jenner has made us “lol” more times than we want to remember, but a recent faux pas has sent Bruce to new delusional heights. In a video, Bruce appears to be taking the 90’s George Michael style from hell to a whole other level and says that Usain Bolt is out of his mind for declaring himself as the greatest athlete ever.

Interesting fact for the day, a cat runs quicker than Bolt, but Bolt is still one of the greatest male athletes in recent memory, so it’s just sad that a Persian kitten will outrun him. Bruce sided with the felines and said, “He’s the best sprinter. He can’t pole vault; he can’t throw anything… that’s an athlete.” Bruce, we bet Bolt is planning to throw you at Kris Jenner if you don’t keep your Botoxed trap shut!

Brucey took home the gold in the decathlon in Montreal at the 1976 Olympics and boasted like Anderson Cooper at an intelligence debate with his gold medal and hair. Bruce might have been big in the 70’s, but like Earth Wind and Fire, he fell from grace while wearing tight pants as Kris Jenner’s bitch.

Bruce believes decathletes rank higher when a debate is raged about “the most athletic athlete” and when Bruce was asked whether he thinks Bolt would be able to compete in decathlon, he said, “He would be terrible”. Okay, Bruce, not only are you taking over the world by having been born under a rock, but you’re also suddenly an Olympic war veteran? Dude, you won like one gold medal for your decathlon…

His official website states, “Bruce Jenner is the world’s greatest athlete and with good reason.” The bio page shows a man- OH MY FREAK! Is that Bruce Jenner who looks like a 70’s male model? Yes, yes, it is! Okay, the dude set the world record back in the 70’s, so perhaps his insane rambling over Usain Bolt has some merit to it. We just like taking the Botox out of Bruce and making fun of his face. He’s not as bad as the rest of the Kardashian bitches.

Let us know in the comments below if you agree with Bruce or with Usain Bolt. 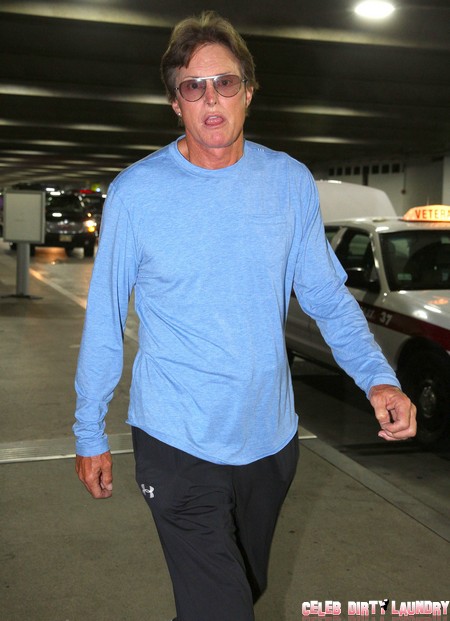