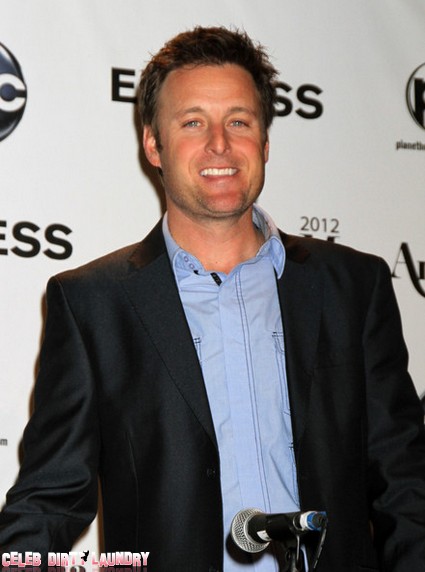 The preview of this week’s episode of ABC’s “The Bachelor” showed vapid blonde Casey Shteamer leaving the show in tears after Host Chris Harrison comes to reveal some bad news to the gang. Now, Harrison is talking about just what that news is—that someone has a boyfriend—and why last seasons “Bachelorette” Ashley/Bentley debacle made him want to clean house this time around.

“There’s something that happens with Ben in Panama, where I got to kind of, you know, rectify that situation and do the right thing,” Harrison told PEOPLE. “In that speech to him and the girl that’s involved, I actually said, you know what, I made a mistake [last] season, so I’m not going to do it here.”

Harrison is apparently still trying to deal with the guilt of letting Ashley Herbert go through all that drama with 28-year-old mega douche Bentley Williams. “I felt like I didn’t go far enough in talking to [Ashley] about Bentley,” Harrison said. “Yeah, I warned her and I took some steps. But I don’t think I went far enough.”

If you didn’t watch last season of the Bachelorette, Bentley was majorly evil and manipulative. He didn’t like Ashley and was just trying to promote his business. At the time, Harrison warned Ashley, but not enough to deter her from falling for the douche king and eventually feeling like a total moron.

Anyway, the Bachelor 16 Facebook page has been hinting— and by hinting, I mean blatantly obvious— about what is coming tomorrow night: “Soon it will be revealed that one bachelorette still has a boyfriend … Who do you think it is?” Gee…could it possibly be Casey S???

If only Harrison would intervene and show Ben some of Courtney’s private camera moments. Then, I wouldn’t want to nervously down a bag of two-bite brownies after every episode. What if he picks her?!?