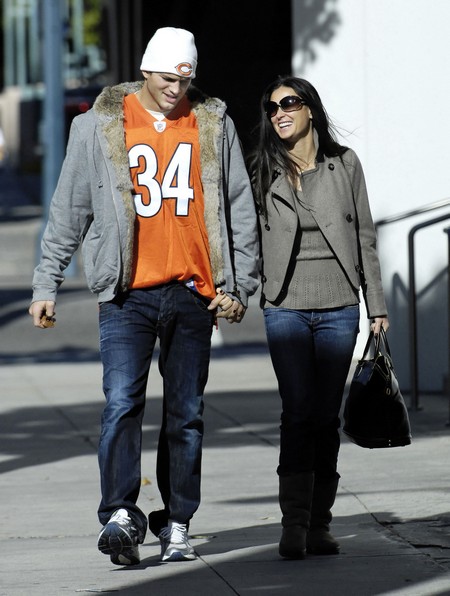 Demi Moore and Ashton Kutcher famously split last year when Demi filed for divorce. At that time the feeling in Hollywood was that Ashton’s sexcapade with Sara Leal was at least the proximal cause of the split. But now we have learned that underlying all the trouble between the couple with the absurd age disparity was Demi Moore’s miscarriage!

Star Magazine exclusively reports that Demi and Ashton’s split was preceded by a much more devastating event than Ashton’s infidelity – Demi had a tragic miscarriage.  ‘Demi was several months pregnant about 12 to 14 months ago,’ an insider tells Star.  ‘She was on a private jet with Ashton. And she was so ecstatic to be pregnant and refused an alcoholic beverage before takeoff.  She wasn’t showing at all.’

Star Magazine Print Edition, June 18, reports:  Several months later Demi was no longer pregnant and the loss, which Star claims other sources confirm, puts the couple’s subsequent trouble and strife in a new perspective.  Star claims that while Ashton’s infidelity with 23-year-old Sara last September was a contributing factor to both the split and Demi’s subsequent addiction problems, the couple’s inability to have children together was a deeper factor.

Star reports: ‘A miscarriage is a hugely traumatic event,’ says life coach and therapist Sherry Gaba.  ‘It can be traumatizing and can contribute to addictions if one does not deal with the underlying pain that the miscarriage has caused.’  In Demi’s case, the pain was exacerbated by the fact the she knew her wandering younger husband wanted children.  ‘Ashton wants to have kids of his own real bad,’ another source says.

For years, Demi has being trying to give him exactly that, but she has miscarried at least twice before.  Bringing children to term in one’s late 40’s is not trivial – but I guess Demi thought she could buy anything…

One has to ask what Ashton expected when he married Demi?  Could he not count?  Not enough fingers and toes?  Did he expect to be raising a new family with babies with a 50-year-old woman?  Did Demi think that all the plastic surgery on the planet could keep her young on the inside?   Let us know what you think in the comments?  Do you like Ashton and Demi as much as I do?