Did Jenelle Evans’ Roommate Lie To Get Back At Her Ex, Gary Head? 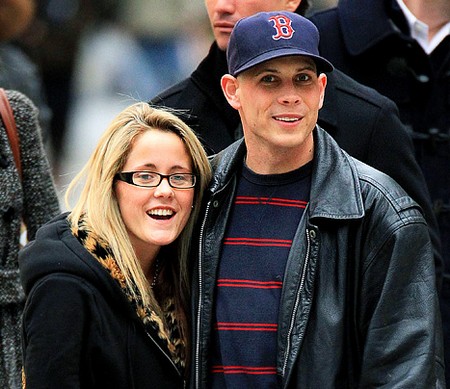 Today, an article came out from Star Magazine featuring an interview with a friend and ex-roommate of Teen Mom 2’s Jenelle Evans, Allison Lester. In this interview, Allison made some fairly bold accusations about Jenelle’s ex-fiancee, Gary Head, including claims that she witnessed him point a loaded gun to Jenelle’s head and that she witnessed Gary try to strangle Jenelle the day she and Gary were arrested on June 24. She also claims she’s had to call the police on Gary several times because of his violent rages. “The abuse Jenelle suffered at the hands of Gary is far worse than anyone could have imagined…I’ve had to call the police several times,” Allison told Star. “Gary put a loaded gun to her head and threatened, ‘I’m going to kill you,’ if she didn’t allow him to look through her phone.”

Just to make sure nothing had been twisted, I asked, “Did you personally witness any of the things you said Gary did in this article?”

“Yes,” replied Allison, who has made no secret of her dislike for Gary. “All of them. All the time.”

When specifically asked if and when she personally witnessed Gary point a loaded gun at Jenelle’s head, however, Allison became defensive and refused to answer that or any of further questions, including whether or not she was present at the time Jenelle and Gary were arrested.

According to multiple sources and her Twitter timeline, Allison was NOT present at the time Jenelle and Gary were arrested, nor was she with them at the time of the incident that lead to their arrests. “No, she was long gone. Gary gave her walking papers a few weeks prior, she was NY,” says James Duffy, a former friend of Allison and Jenelle. “She didn’t catch a flight here until June 27th to get her clothes.” Allison’s Twitter timeline corroborates his statement.

There was also no police report that I could find about Gary pointing a loaded gun to Jenelle’s head, despite Allison’s claims that she has had to call the police on Gary “several times” due to his violent rages.

Meanwhile, a friend of Allison’s rushed to reassure her and said, “Gary has done a bunch of shady shit to you, he deserves everything you threw at him.” Gary doing “shady shit” to Allison could very well be true, including apparently giving her the “walking papers” from the apartment she and Jenelle shared a few weeks prior to him and Jenelle getting arrested, but could that also be motive for Allison to want to lie to get back at him?

We will leave it up to you, the readers, to decide.

Meanwhile, both Jenelle and Gary are due in court on July 30th to face a series of charges filed against them as a result of their June 24th arrest.