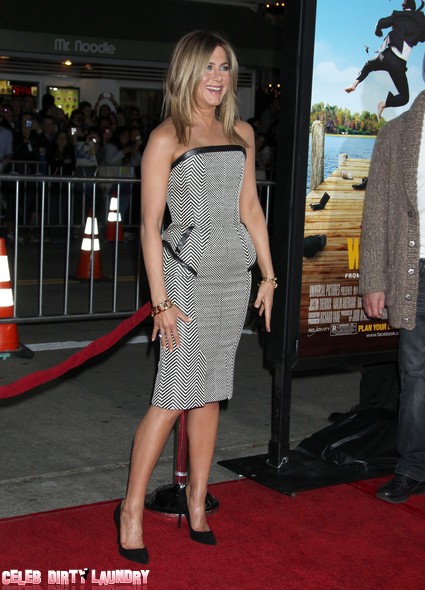 It’s finally time to catch the film Wanderlust, the new comedy starring Jennifer Aniston, Paul Rudd, Malin Ackerman, Kathryn Hahn, and Justin Theroux. And let’s not forget it’s also the film where Jen and Justin ‘got to know each other’ ….if you know what I’m saying.

The premiere for the film was held in West Hollywood last night at the Mann Village Theatre, and not surprising was Jen looking gorgeous as ever in a sleek and svelte Tom Ford fitted dress. She sure knows how to make 43 look good. I think she drank from the fountain of youth awhile back, just saying. The two kept it professional by walking the carpet separately – no PDA for us I’m afraid.

This year is looking pretty good for Jen, it has recently been announced that she will receive a star on the Hollywood Walk of Fame next week. Congrats girl!