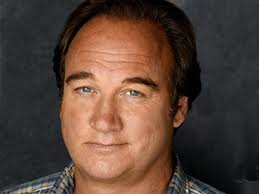 Jim Belushi has been busted by police in Massachusetts after they found a marijuana joint in his pocket.  Jim landed at the Martha’s Vineyard airport on Friday when Transport Security Agents found the joint.

Jim’s brother John Belushi famously overdosed and died from a speedball – an injection of heroin and cocaine – administered by fellow junkie Cathy Smith at the celeb hangout Chateau Marmont in 1982.

Jim Belushi just learned a valuable lesson — don’t fly into Martha’s Vineyard with a fat ass joint in your pocket … unless you wanna lose it.

Sources tell TMZ, Jim was at the uppity Martha’s Vineyard airport on Friday — when TSA agents discovered a marijuana cigarette on the actor’s person.

We’re told the West Tisbury Police were notified … but since the amount was so small — and marijuana possession has been decriminalized in Massachusetts — cops just confiscated the drug and let Jim off with a warning.

Total buzz kill. Calls to Jim’s camp were not returned.

These celebs sometimes blow my mind.  In the post-911 world they carry dope on a plane?  I mean grow a brain Jim!  Or were you too stoned to remember that you were carrying the joint?