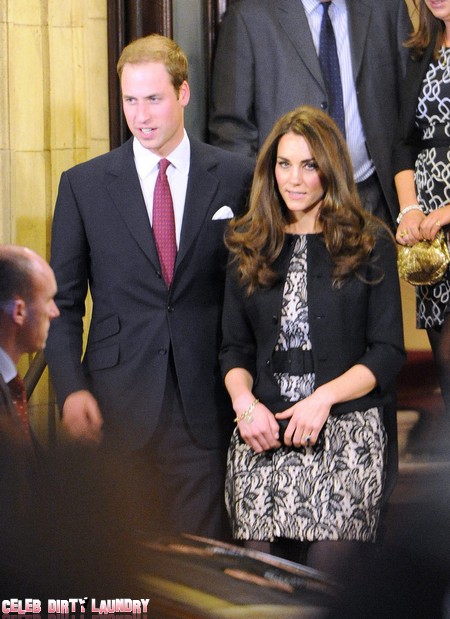 Kate Middleton and Prince William were in each other’s arms at last as the future King returned from active duty in the Falklands.  Kate and Will had an emotional reunion at the Royal Air Force base Brize Norton in Oxfordshire yesterday morning after Kate had admitted she was missing him “desperately.”  After 7 weeks apart the royal couple could barely contain their mutual affection.

The Duke and Duchess of Cambridge are expected to take a few well-deserved days of from official duties while they enjoy each other’s company.  Speculation has been high that the pair want a child – so this might just be the time to work on that addition.

A source said:  “William has some leave so they will have a short break.  They are very happy to be spending some quality time together.”

The Mirror has other details:  The couple are expected to spend some of their mini-break with family before Wills returns to base in Anglesey in a few days.  During his time in the Falklands the Prince, 29, was spotted out and about in capital Port Stanley, shopping and enjoying dinner at the city’s one hotel Malvina House.

The Duchess of Cambridge, 30, has thrown herself into public engagements, carrying out a series of milestone appointments at the start of the Diamond Jubilee year.

While her husband was 8,000 miles away in the South Atlantic Kate has been on two visits with the Queen, played hockey in the Olympic park and delivered her first speech.

An insider said: “She has been immersed in her work and she has immensely enjoyed it but she is looking forward to being William’s wife again now he is home.”  It had been the longest time the royal couple have spent apart since they tied the knot in April last year.

The couple are not expected to have any public visits for the next few weeks, but will be heavily involved with the Queen’s Diamond Jubilee celebrations in June and will be touring Southeast Asia together in September.

Kate spoke often of William on her public visits while he was away.

At her first speech in Ipswich’s Treehouse hospice on Monday she said: “I am only sorry that William can’t be here today; he would love it here.”

And during her visit to Leicester with the Queen and Philip she told Laura Murphy, 30, who asked about William: “He’s fine, but I’m missing him desperately.”

The couple spent a week on luxury holiday island Mustique with Kate’s family before William left for the Falklands on February 1, but it is expected they will spend these next few days on a break closer to home seeing family and friends.

SEE: Prince Charles And Camilla Parker Bowles Are Getting A Divorce

It’s great to see the most charming royal couple back together again.  We all anxiously await the news of Kate’s pregnancy.  Do you think we will hear the news soon?  Let us know in the comments below.