Meek Mills Blasts The Cops – What’s Up With That? 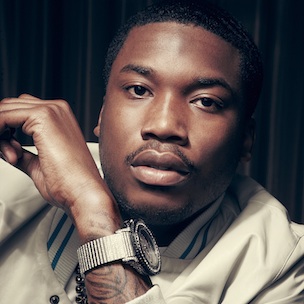 Talk About Upset! You must be talking about Meek Mills who is traveling the US promoting his new album, “Dreams and Nightmares.”  Well the story goes like this Meek, whose real name is Robert Williams, was stopped and detained by police and then released without charges.

So Meek decided to get on a radio station in Philadelphia and ream the police.  Did he stop there?  Oh no!  This poor bobocito went on to rant on his twitter the injustice of it all and he was not shy about his words he let it all hang out, angry maybe just a “little” you decide.

This is what Meek put out there, “Cops cost me a lot of money tonight…taking pictures of me like I’m a f**king joke…no charges just holding me for s**t ‘til my lawyer needs answers.”

Meek for his album features an art picture with a Rolex watch attached to a handcuff.  Chicas, Meek also tweeted, “The crazy part about this is I really had a handcuff & Rolex on my wrist yesterday…Really.” Chicas if this is bad karma then I don’t know what is.  I just wanted to know as I’m sure he does why the police felt the need to detain him?  Not all artists in the entertainment business smoke pot, or worse, and carry guns.  Hmmm… just something to think about.