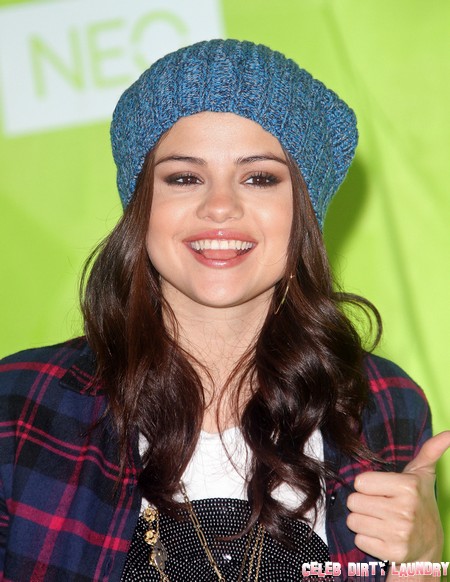 Selena Gomez believes in the power of forgiveness. Or at the very least, the power of PR since her on and off again relationship with Justin Bieber has dominated the headlines. Since their official breakup earlier this month, they’ve changed their relationship status more times than Facebook can keep up with. They’ve gotten into blow up fights at restaurants and he did the drive of shame outside her house and each time, a horde of paps have been there to capture every second of the high school melodrama. It’s just too good of a dynamic to cast away in the trash so the twosome are recycling their romance.

The Biebs seems to have won over Selena after she gave him the middle finger for flirting with Victoria’s Secret models, including Barbara Palvin. The 18 year old with millions of fans reportedly begged Selena for one more chance to be her baby. She said yes since no female can resist Justin. Unless of course she’s over 18 and not influenced by handlers.

Selena might very well have genuine feelings for Justin but no one likes being cheated on. There’s only so much heartache and death threats from Beliebers that a sane person can take but Selena lives in Hollyweird and different rules apply. Selena is a star in her own right, but Justin is a galaxy onto himself at the moment and she is the recipient of endless press because of their association. It’s not as if she’s above dating the heartthrob of the moment since Nick Jonas was her last boyfriend and they ended right about the same time Justin was stealing Nick’s fans away.

The second coming of Justin Timberlake and Britney Spears still have more angst and albums to milk from this relationship before the cow is set out to pasture. Jelena needs to remain the face of young love for a media laying in wait to detail the next scandalous chapter in their story. Forgiveness is just merely a page turner for the next arc. Perhaps, another woman will soon claim that Justin fathered her child, but that seems like it would be a rerun.