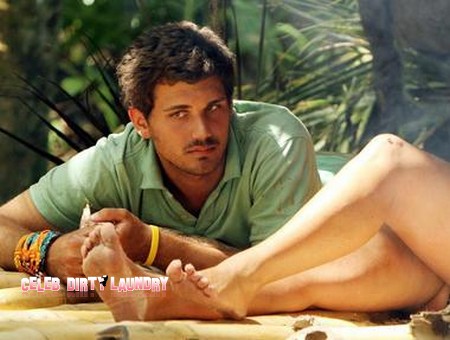 A brand new episode of Survivor: One World airs tonight on CBS and it is called ‘A Bunch of Idiots.’    Stay tuned as we live blogging the episode with all the up-to-the-minute details.  On last week’s show it was clear that Colton was running the show on the men’s team.   My question to the men is: ‘Hello, what are you thinking?’  Colton convinced the men to give up immunity and head to Tribal Council.  Jeff told the men that it was the first time in 24 years he has seen a tribe give immunity away.  What did you think of this move?

Jeff could not understand why anyone would voluntarily come to tribal council.  Colton showed his true colors at Tribal Council and if the men don’t wake up and smell the coffee Colton could take the whole thing.  At the end of a very heated tribal council Bill was sent home.  If you missed the episode you can read our full recap here!

On tonight’s show there is an unexpected shakeup – they are switching tribes. It’s no longer men versus women when a new tribe of “Greek Gods” emerges, and two castaways shake up their entire tribe with an award-winning performance.  Colton becomes the master manipulator and promises his allegiance to both the men and the women.  Jeff teases that the merge gives rise to a super-villain, obviously Colton.  My question is who is the bunch of idiots the men or the women.  Maybe both the men and the women are idiots for being taken in by Colton.  We will find out tonight!

Tonights Recap:  The ladies ask whose idea it was to give immunity off.  They are told Colton.  Sabrina thinks the men are more messed up than they are.  They cannot believe they are now 7 strong because of the crazy stuff happening on the men’s team.  The women think the men handed them $1 million.

The tribes arrive for the reward challenge and Jeff tells them to drop their buffs.  It will be a random switch – each person takes an egg and they break the egg whatever color comes out they are on that team.

The price is Peanut butter and jelly sandwiches, coffee cream and sugar and the right to live at the One World Beach.  The losing team go to a new beach where they must recreate a new world.

Selani wins the reward challenge and gets the reward they head back to camp.  Manono gets a map and they have to head to their new beach.

Salani is thrilled with their new team and the new members.

At Menono, Colton is not as happy with his new team mates.  Colton thinks that the new members of his team sucks.  Alicia agrees with Colton she is sure they are going to lose.  Colton is playing up to the girls again and tells Christina he so wants to be with the girls.  He of course is lying through his teeth.  Monica is not convinced that Colton is with them.

Over at Selani they are catching crabs and the guys see some chickens and they catch one.  Troyzan is so excited they now have crabs and chicken for dinner.  Jay is happy with his team and Jay starts to try to plan strategy wtih Kim.  Kim wants to keep her lines open.  Kim is thrilled with being n the Selani team.

Colton continues to try to convince the girls that he is on their side.  Alicia thinks Colton is crazy – Colton really wants Christina out but Alicia is not convinced.  Jonas walks over to Colton and asks what he is up to.  Colton tells Jonas nothing he is with the guys.  Colton is such a snake he is telling the girls he is with the girls and the men he is with the men.  Jonas thinks that Colton is running the show on both sides – he also realizes Colton is probably working with the women regardless of what he says.

Kim realizes no one found the idol on the girls team – so there has to be another idol around.  She searches and searches and finally she found it.  She says it was the best feeling she has had since she got there.  She goes and tells Chelsea that she found it – but they are going to keep it to thereselves.  Kim believes it could be a game changer for them.

Over at Menono they are trying to catch chickens and the catch one and then they let it out because the cage they tried to catch it with had one side open.  Colton thinks his team sucks and he is sure they will lose the immunity challenge.  Colton goes to see Alicia and tells her that he has been watching everyone and he realizes Monica is the most dangerous player.  Once they get Monica out he wants Christina out next.  Alicia decides to vote with Colton.  dumb dumb.

Immunity Challenge:  Immunity is up for grabs 3 members of each tribe will race to get a ball in the water.  They will them shoot the ball in a basket while the other team trys to stop them any way they can. Each ball in basket scores a point – the first tribe to 3 balls in the basket wins immunity.  Selani wins immunity!

Menono is going to tribal council.

Alicia says that Colton and her are going to give academy award performances – Monica will never know she is going home.  Alicia tells Christina she wants Tarzan to go home.  Christina tells Jonas and Colton and they agree to get rid of Tarzan.  Monica agrees to vote for them.  Monica is surprised that the men are on board with voting off a man.  Jonas is a little nervous around Leif and thinks he is a wildcard.  Jonas is worried that Leif will turn on them.  Colton meets with Tarzan and Leif and tells them that they have to vote out Monica.

Colton says it is very hard to be the leader of a bunch of idiots.  I would like to strangle him!

Tribal Council – Jonas tells Jeff he does not feel the odds are stacked in their favor.  Monica tells Jeff that she feels the new team and beach is a blessing.  Colton tells Jeff that if Monica can turn the sinking team around she should take the wheel.  What a liar.  Alicia tells Jeff Monica is a threat.  Leif tells Jeff she is one of the hardest working women he has ever seen.  Tarzane tells Jeff something cryptic that no one not even Jeff understands.  Jeff thinks Tarzane’s vocabulary is impressive.

Monica is blindsided and voted out of Survivor…..  much to the shock of some of the tribe members.  Colton strikes again!

Jeff does not get it they admitted their team was stronger and they voted out their strongest player.  Jeff says Interesting – what he meant was MORONS!!