Suzy Favor Hamilton Prostitution Scandal: Will She Rat Out Her Pimp? 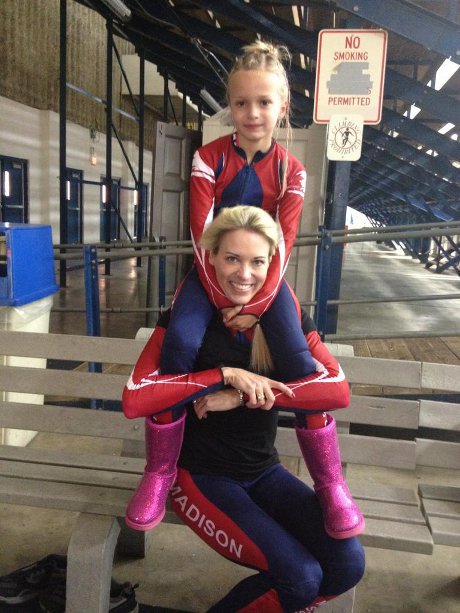 Suzy Favor Hamilton went from being an Olympian to mounting men and not podiums for $600 an hour. Rather than running from her indiscretions, she told the Smoking Gun how she has spent the past year dividing her time between being a mom, a real estate agent, and motivational speaker, as well as being an escort in Las Vegas, Los Angeles and Chicago.

While this sounds like a plot out of the dearly departed Desperate Housewives, Suzy says she was driven to this “huge mistake” because of the pressure to be perfect.  It was just asking too much of her to be a decorated athlete and mother of three; something had to give. At first, she coped by taking Zoloft after a bout of postpartum depression. Naturally, becoming a hooker was the next logical coping mechanism.

Despite the judgment Suzy’s received, she has not taken on the role of victim. She took to Twitter to explain away her Madonna/Whore complex.

“I realize I have made highly irrational choices and I take full responsibility for them,” she tweeted. “I am not a victim here and knew what I was doing.”

The F.B.I. now wants to know who Suzy was doing it with since sex for pay may be therapeutic but illegal in the eyes of Big Brother. The National Enquirer reported that officials know of her activities under the alias Kelly Lundy by the Haley Heston Private Collection escort service. If an investigation is launched, the F.B.I. would want to know who her clients were and the names of her pimp which could put her at risk.

“It could be dangerous,” the source told the tabloid. “Common sense tells you that people who operate in this world do so under a code of secrecy. Rolling over on your employers can be a very, very dangerous move.”

Confession is good for the soul, but Suzy should have thought better than using the media as an outlet. A diary is just as effective and wouldn’t have cost Suzy her reputation, endorsements, and possible freedom. Unless of course it fell into the wrong hands.