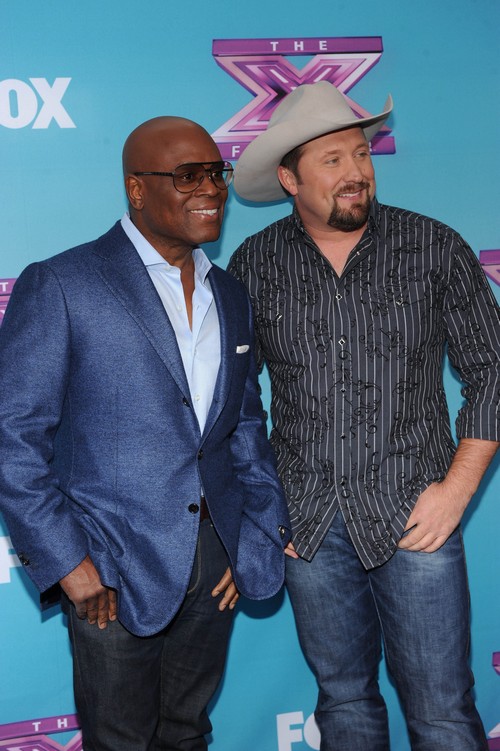 Tate Stevens took the stage tonight on THE X FACTOR USA for his Top 3 performance.  Tate Stevens sang “Anything Goes” by Randy Houser for his first song and his Song Of The Season.  Tonight’s show the top 3 performed live in front of coaches Simon Cowell, Britney Spears, Demi Lovato and AJ Reid in a last bid for America’s vote.

On tonight’s show the top 3 finalists – Carly Rose Sonenclar, Fifth Harmony, and Tate Stevens will have one last chance to impress American tonight.   The artists will be singing not one song tonight, but three songs.  Competitor Carly Rose teased, that they are performing multiple songs…like more than two each!  Did you miss tonight’s episode?  If you did we watched it and we recapped it here for you.

Judges comments: Britney: When you do right down the middle country you are right on.  Demi:  I still loved you, what you did this time is you turned that performance into a stadium performance.  Simon:  You know I like about you and I liked about you since day one, you are made in the USA.  You have retained your integrity throughout.  LA: I am really, really proud of you, with all the support you have you have not changed.  You were loveable when i met you and you are still loveable!