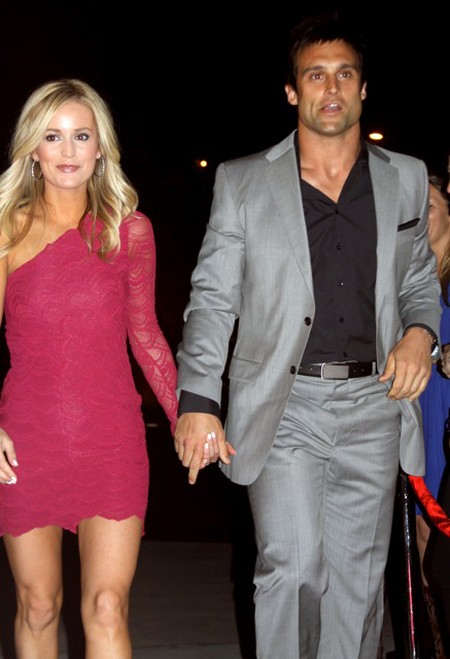 Tonight is an all new episode of The Bachelorette, now that the “first impressions” are over,where does this lead Emily?With 19 men remaining the competition is going to be tough when the guys learn that not every man is going to gets dates before the next “rose ceremony”.

Ryan will be thrilled when he finds out that he is going to get the very first date of the season and there will no whisking him off to an exotic place, Ryan will head home with Emily to bake cookies for Ricki’s soccer team. That’s the first part of the date, in the second Emily drives Ryan in an Aston Martin for a romantic dinner where they will be serenaded by country band, Gloriana singing their single, “(Kissed You) Good Night”. Is there chemistry between Emily and Ryan, you bet!

On the group date, 13 men perform with Emily and the Muppet, including Kermit and Miss Piggy, benefiting “The Ricky Hendrick Centers for Intesive Care” at The Levine Children Hospital. Now there is one guy that is going to have an extreme panic attack, I wonder who it is?
Later that night, there will be a party and Stevie will have Emily’s attention when he slow dances with her, but over-confident Kalon will interrupt the intimate moment. Meanwhile Jef will open up to Emily, but will it be too late?

The next date is for Joe and Emily takes him by private jet to West Virginia to the charming Greenbriar resort, which is very close to Emily’s heart. Emily and Joe both reveal their dreams for the future, does it make a connection?

Meanwhile, there is a fight at the mansion between Doug and Kalon when Kalon questions Doug’s ability to be a father.  At the “rose ceremony” three men are going home and 16 will remain.

SPOILER: Emily comes across as being very sweet, put when one bachelor acts like a jerk, she tell him to “Get the f*ck out”. Who is it? Kalon. Basically, Kalon thinks Ricki is baggage and could never love her like his own child and the idiot is not shy about it. Now we could wonder how the guy even got on the show to begin with since he wasn’t shy about how he felt, well you know as well as I, that this makes good tv and excellent ratings.