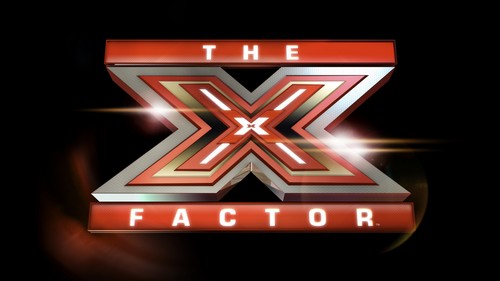 The X-Factor USA is over halfway through the season. Eight acts remain to fight it out on the biggest music stage in reality television. Last night, unfortunately, the acts were rough, off-key and out-of-place. Two contestants will be eliminated tonight when the elite eight becomes the super six. Time is quickly running out for CeCe Frey and Paige Thomas, so we’re expecting both of them to be cut from the competition. Who do you think should remain? Who do you think should win the competition? Once again, Celeb Dirty Laundry is bringing you a full performance review of last night. So, without further adieu, let’s get to it, shall we?

Diamond White – Mentored by Britney Spears – I Wanna Dance with Somebody by Whitney Houston – Diamond’s acoustic opening was an excellent rendition of the Whitney Houston classic. However, once Diamond hit the techno 80’s beat, she completely lost her pitch and her performance quality. She sounded like an off-key karaoke tribute act at a seedy club in Russia. It did not click this time and Diamond was left out in the cold. OUR SCORE – 6 out of 10

Vino Alan – Mentored by L.A. Reid – You’ve Lost That Lovin’ Feeling by Hall & Oates – What the freak happened? How did Vino go from America’s hero last week to a strange-voiced creature this week? Instead of being a rock crooner, Vino turned into a caricature and a parody. His contrived hand gestures and poor vocals did not bode well for this classic number. Oh, and it was really, really, really boring. OUR SCORE – 4 out of 10

Paige Thomas – Mentored by Demi Lovato – Never Gonna Give You Up by Rick Astley – We think Paige is back! This was the first time since the live shows started that Paige was true to herself and true to her performance. Her vocals were above-average for the first time, she didn’t lose the pitch at the beginning, and she looked like a real star. Still, Paige didn’t come across as a contemporary artist. There were late 90’s R&B sounds infused in her that she couldn’t shake. However, It was much, much better than her previous performances. OUR SCORE – 7 out of 10

Fifth Harmony – Mentored by Simon Cowell – Stronger by Kelly Clarkson – This group is going to destroy the music scene one day. This performance was one of their best performances of the season. It wasn’t over-the-top, it wasn’t contrived, and it wasn’t off-key. Fifth Harmony could win this entire competition if they pick up the pace and deliver blockbuster performances. We smell a runner-up position for these girls. OUR SCORE – 8 out of 10

Carly Rose Sonenclar – Mentored by Britney Spears – Rolling in the Deep by Adele – There’s no doubt in our minds that Carly Rose will most probably win this entire competition. Her exquisite phrasing and handling of notes made this an epic performance. Yes, although the performance was slightly predictable, Carle Rose still blew the lid off of this one. OUR SCORE – 9 out of 10

Tate Stevens – Mentored by L.A. Reid – Somebody like You by Keith Urban – Why is Tate one of the most hyped acts in the competition? Country music is not dead, we realize that, but why is he doing so well? He was in first place on the leader board for almost the entire competition, yet he hasn’t been able to deliver a Scotty McReery type performance.  He is predictable and dreary, and this performance screamed country 101. OUR SCORE – 6 out of 10

CeCe Frey – Mentored by Demi Lovato – Lady Marmalade – Why is she still in this competition, when we know she’s not even close to the vocal prowess of the other contestants? How did she make it into the top 8? Why is she still here, America? She is most probably one of the BIGGEST wannabe contestants in the history of reality television talent shows. There was nothing about this performance that stood out. She looked like Ke$ha, she sounded like a Christina Aguilera tribute act, and she moved like Lady Gaga after a long flight around the world. We think this is the end of the line for CeCe. Hey, at least she tried, right?  OUR SCORE – 4 out of 10

Emblem 3 – Mentored by Simon Cowell – I’m A Believer by The Monkees – We do agree that Emblem 3 could be a dark horse in this competition. However, their performance of this classic 60’s hit felt embarrassing. This song did not fit with the whole Emblem 3 theme. Instead, they sounded like sugary pop wannabes who snuck out of the house to go do karaoke at a club in Los Angeles. Weird. OUR SCORE – 6 out of 10

Remember to bookmark Celeb Dirty Laundry for X-Factor news, reviews, spoilers, and recaps. Don’t forget to let us know in the POLL below which two acts you think will be leaving the competition tonight.