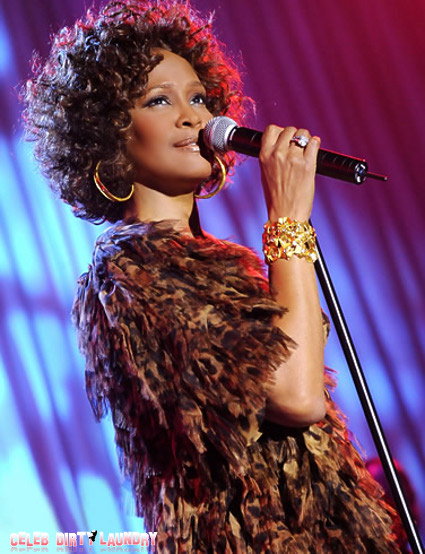 Whitney Houston, the legendary singer the world lost several days ago, was reportedly buried wearing nearly $470,000 worth of jewelry and fine designer clothes. And now the family fears that her grave might become a prime target for grave robbers hoping to score some valuable loot.

The singer is draped in a glitzy purple gown and is wearing a diamond brooch, as well as a pair of sparkly gold slippers. Due to the family’s concern, guards have been placed at the grave site and have allegedly turned away hundreds of visitors looking to get a glimpse of the deceased singer’s final resting place.

“There is a very genuine fear that her coffin will be targeted by grave robbers,” said a source recently. “It would be hard for them to actually dig her casket up, but that won’t stop psychotic fans or people who think it could make them money.”

Unfortunately, some people will do just about anything for money

“The fact she was buried with such valuable jewellery is just an invitation to sickos.”

We extend our sympathies to the Houston family, as the last few days have not been easy. The family has not only had to cope with the singer’s rather tragic death, but has had to cope with the relentless media coverage of nearly every intricacy of her death. The family is still steaming-angry (and I feel they have a right to be) after photos of the singer resting in her coffin were published by the National Enquirer.

I, personally, feel as if the world has squeezed all the necessary juices out of this story and should finally give Whitney — and her family — some peace. What do you all think? Are you still all interested in learning more about the singer’s death, or do you think the story should finally be given the chance to rest in peace?

For all our coverage of the Whitney story CLICK HERE