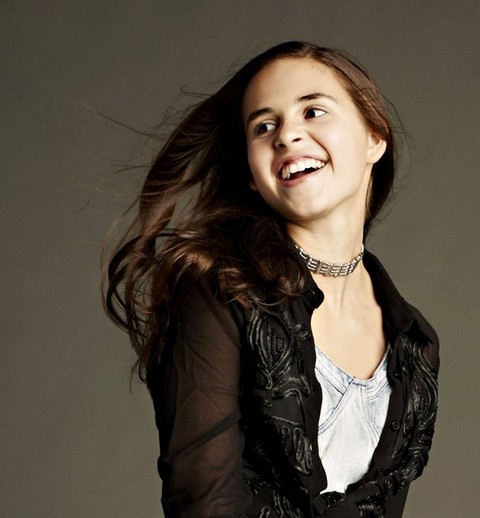 If the world doesn’t come to a screeching halt first, Carly Rose Sonenclar might be one of the biggest stars on the planet. The X-Factor finale is drawing ever closer, like a planet on a collision course with Earth, and here at Celeb Dirty Laundry we’re as excited as manic popcorn in a microwave. We already have a very good idea of who will win the competition, but an upset is always possible. Throughout this week we’ve been bringing you speculation pieces on Tate Stevens, Fifth Harmony, and now Carly Rose Sonenclar. We even took the initiative to run an official Celeb Dirty Laundry pre-winner poll yesterday so we could find out for ourselves whether our speculation has any veracity to it – and oh how correct we were!

In the lead, with 72.18% of votes is – you guessed it – Carly Rose Sonenclar. Trailing far behind in second place is Tate Stevens with 16% of the vote, and in last place, with 11.62% of the vote, is Fifth Harmony. What do these numbers mean for Carly? What does this teeny weeny demographic decide in the end? Well, firstly, Carly will win X-Factor. There’s no doubt in our minds. Secondly, this only proves that the first, second, and third place standing will fall the way we predicted. There’s no way an upset of this magnitude will affect the finale. It’s written in the stars – Carly is going to win X-Factor USA, so break out your champers and stroke your cats; it’s been decided.

Interestingly, we doubt that independent voters – voting blocs without a favorite who vote randomly – will actually influence this finale. We know we’ve been hammering all week and telling our readers that independent voting blocs will make the difference in the end, but this poll changed everything. Even if independent voters were to point each and every vote in the direction of Tate Stevens and/or Fifth Harmony, it will still not be enough to give them the final prize. (Un)fortunately, Carly’s voting bloc is extremely powerful and not much will be able to break the bloc’s core. It’s already a “locked in” vote, and nothing we do or say will be able to change the crumbling of the cookie.

If you haven’t yet voted in our official pre-winner poll, do so now and let us know who you think should win The X-Factor USA’s second season. Also, we shall be doing a reality television ”exit poll” on Thursday, where you, the reader, will be featured in the post. Your comments on all of the X-Factor USA posts over the past two weeks will be taken into consideration, and we’ll run this “what the people are saying” strategy alongside our final, official X-Factor winner’s poll on Thursday. So, if you haven’t yet commented and/or voted, do so now – either on previous posts or on this one. We’d love to hear your final thoughts on one of the biggest reality television seasons in history.

Remember to bookmark Celeb Dirty Laundry for all of your final week X-Factor action. We tune in so you don’t have to tune out!