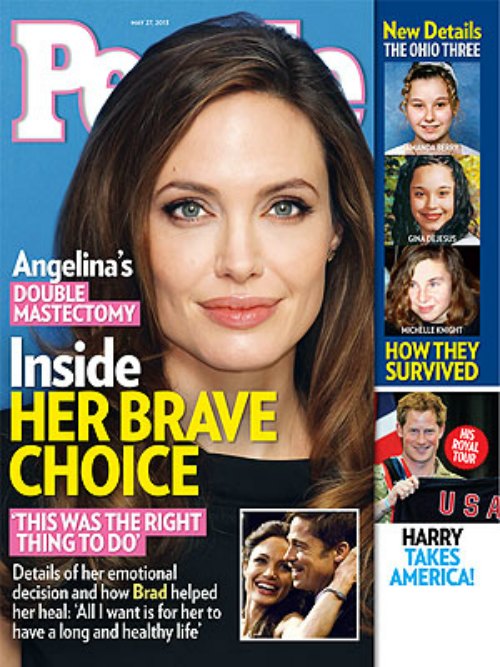 Just yesterday, Angelina Jolie revealed to the world that she underwent a double mastectomy in order to prevent her children from going through life without a mother. Angelina’s own mother passed away at such a young age and she revealed her decision in order to help other women who are going through the same thing.

Thankfully, the actress is suffering from no complications as a result of her double mastectomy and breast reconstruction surgeries. A source said, “She is doing well.”

During the surgeries in February and April, life in the Jolie-Pitt household was as normal as ever for Angie, Brad and their six children. The family still had their Valentine’s Day gift exchange as well as an Easter egg hunt while she was undergoing treatment.

Still, her medical journey is far from over. Because of the “faulty” BRCA1 gene that she carries, she is still at a high risk for developing ovarian cancer. Her risk at this point is at 50 percent.

During her surgeries, a source close to the situation said that “life was normal” for their children and nothing was amiss at home. Another insider added, “Her kids always come first to her.”

She is such a brave woman to go through all of this and tell her story. Good for her.

Check Out These Informative Links – They Explain So Much About Breast Cancer and How To Deal With It.