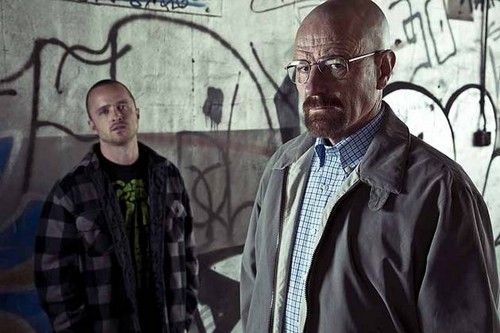 Tonight’s episode of BREAKING BAD was wonderful, and it proved to us why we are excited to watch this final season.   Can you believe next week we are already at the penultimate episode? If you are curious about next week’s episode we have managed to get our hands on a sneak peek video and a few spoilers to whet your appetite for next week’s episode 15“Granite State.”

On tonight’s episode – what an episode, Hank and Gomez are dead. Skylar told Walter Jr. everything and Skylar tries to kill Walter.  Walter Jr. called the police on Walter and saved his Mom’s life.  Things are not looking good for Jesse.  At the end of the show it looks like Walter is leaving to start a new life.  The episode was crazy Walter Jr. was awesome.  If you missed tonight’s episode, you can read our full and detailed recap here.

Spoiler alert: If you’re one of those people who doesn’t like spoilers, stop reading now! We have some juicy spoilers for you about the season 5 episode 15 of AMC’s “Breaking Bad”

Official Showtime synopsis of next week’s episode: “Events set in motion long ago move toward a conclusion. (The Granite State is New Hampshire.”

On next week’s show Walter is on his way to start a new life.  Remember on episode 14 Walter Jr. called the police on him so he has to get away. We assume that when Walter was picked up he headed to New Hampshire since that is the Granite State.

Both Hank and Gomez are missing and they are presumed dead.  It also looks like Jesse is in a bad shape too.

Breaking Bad episode 15, “Granite State” airs on AMC on September 22nd, 2012.   Check out the preview video below of episode 15 and let us know in the comments below what you think!  Are you enjoying season 5 of Breaking Bad?