Singer/Songwriter CoConi’s Single ‘Get Your Light Up’ Hit #1 on Pop Music Countdown! 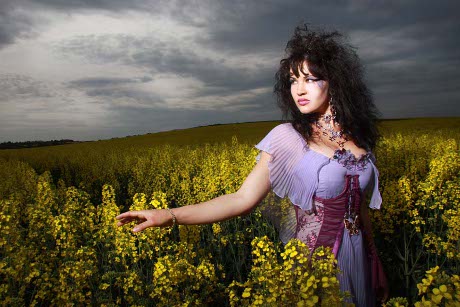 Talented singer/songwriter CoConi is currently promoting her new album Venusian Butterfly in the U.S. after having a mega-phenomenal journey in the United Kingdom. The young singer began singing when she was just a youngster and, in her own words, “started singing before [she] could talk.” Eventually, she gained entrance into a performing arts college in the UK and, while there, formed a small band that garnered several hundred gigs throughout the UK over a three year period.

At 19-years-old, CoConi was diagnosed with Asperger’s syndrome, but she didn’t let that impeded her creativity or let it interfere with her desires to perform and share her music with the world.

She’s opened up for Natasha Beddingfield and has become a huge hit in the UK by simply showing the world who she is as an artist and a person. Just being herself. She is promoting her new album as well as her debut single “Get Your Light Up,” which hit #1 on The Pop Music Countdown.

To get to know more about CoConi as well as take a quick listen to one of her songs, head on over to her official web page by clicking here!