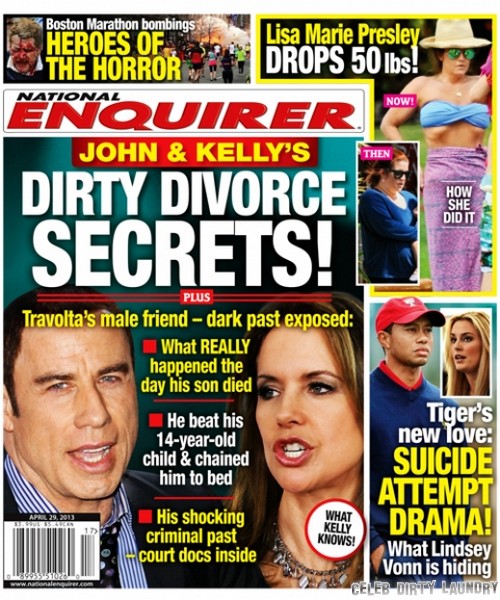 Now that it’s been rumored that John Travolta and Kelly Preston are going their separate ways, we’re sure that they’ve got some skeletons in their closet. The reported divorcing couple are featured on the cover of the latest issue of the National Enquirer and there are apparently a lot of secrets between them that no one knows.

The tabloid reveals something about a male friend of John’s and exposes his dark past. In addition, the magazine has the details of what really happened on the day that their son Jett passed away. The tabloid makes the outlandish claim that John beat his 14-year-old child and chained him to a bed. Lastly, the magazine has the scoop on his shocking criminal past — complete with court documents.

What does Kelly Preston know that no one else does? What are they not telling us about John and Kelly’s split and the day that Jett died? Tell us what you think is going on in the comments section below!